Google has officially moved into Redwood City, where it occupies three office buildings in Pacific Shores. Google owns eight of the 10 buildings in the complex. The other two are owned by software company Informatica.

Google moved into Redwood City over the summer and this week held its first public event, at which officials announced a $100,000 grant to a nonprofit that helps low-income residents start and grow small businesses.

That nonprofit is the Renaissance Entrepreneurship Center, which has locations around the Bay Area, and the event, held Wednesday at Google’s Redwood City office, was a free, daylong workshop to help local small business owners improve their digital skills. More than 150 business owners participated. 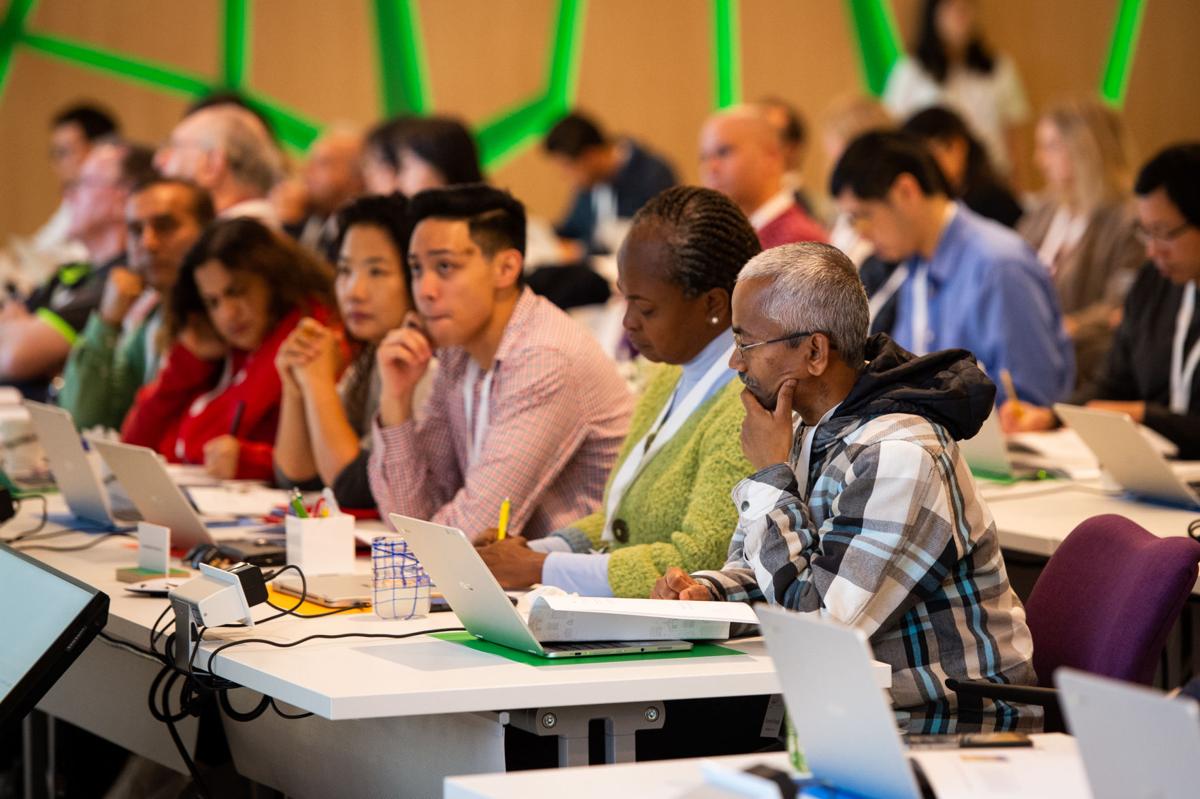 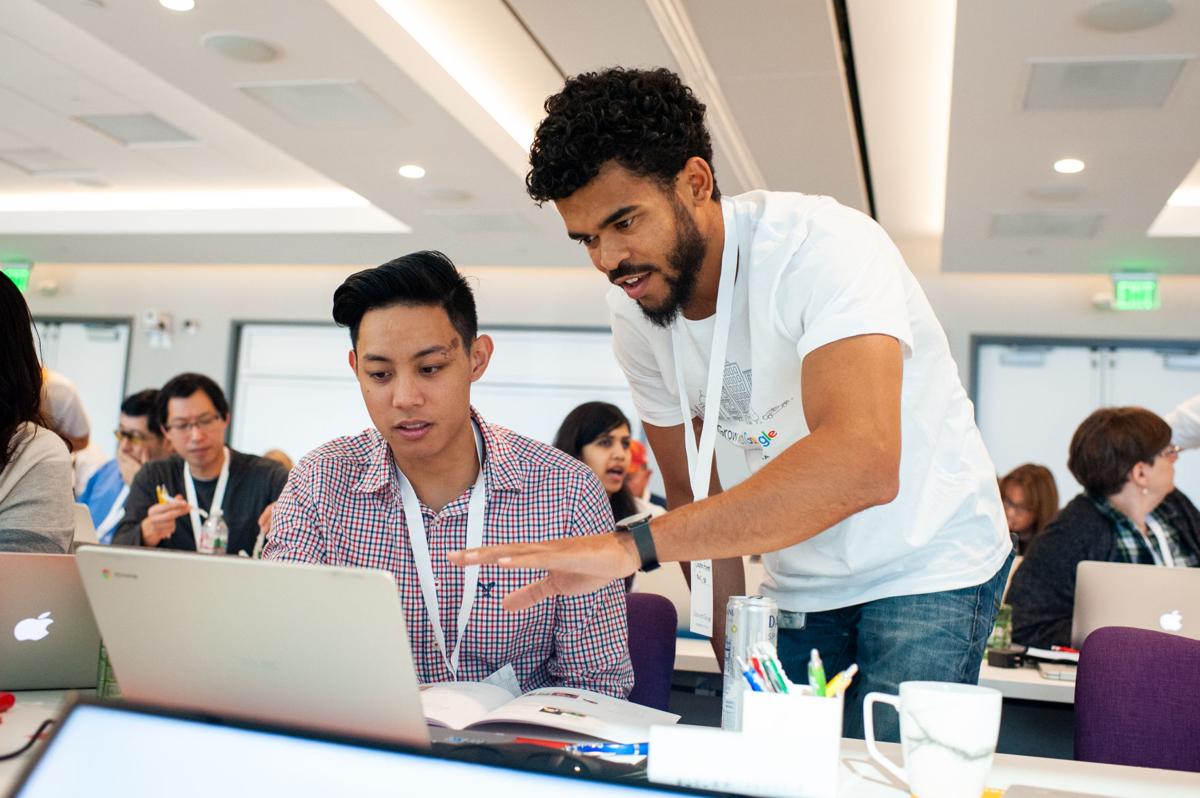 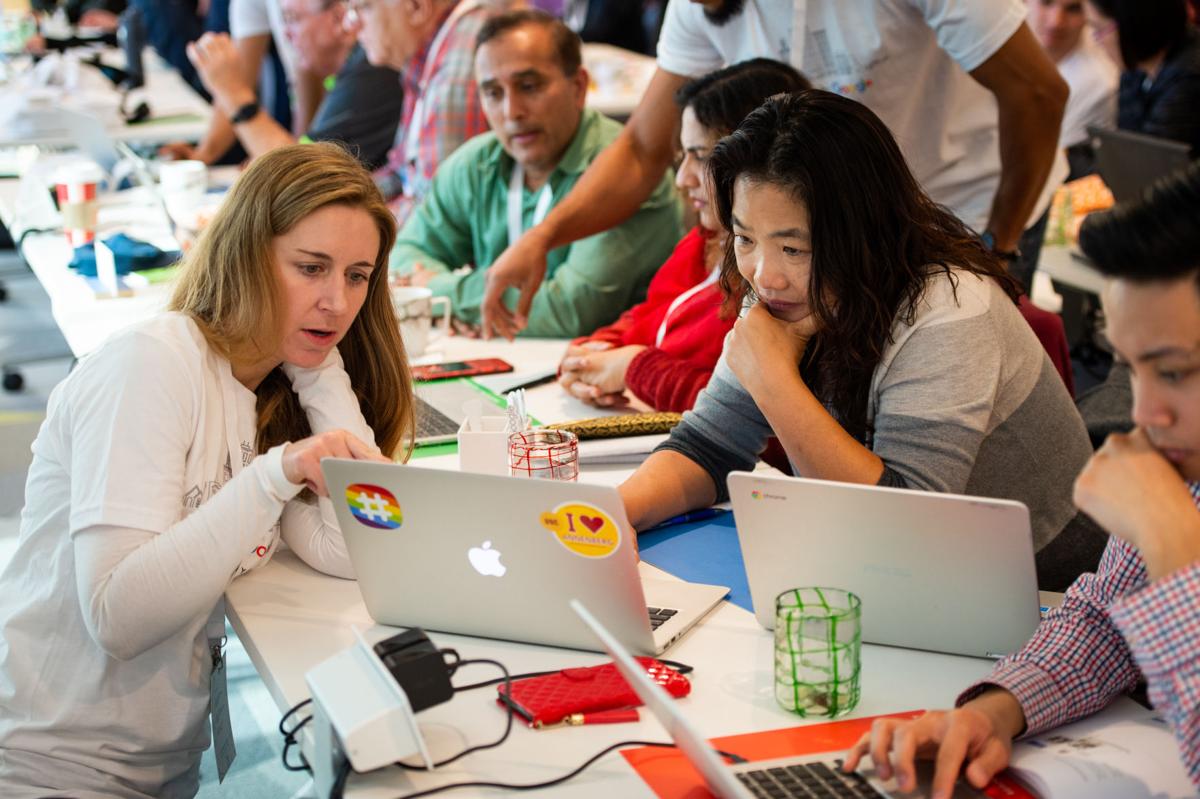 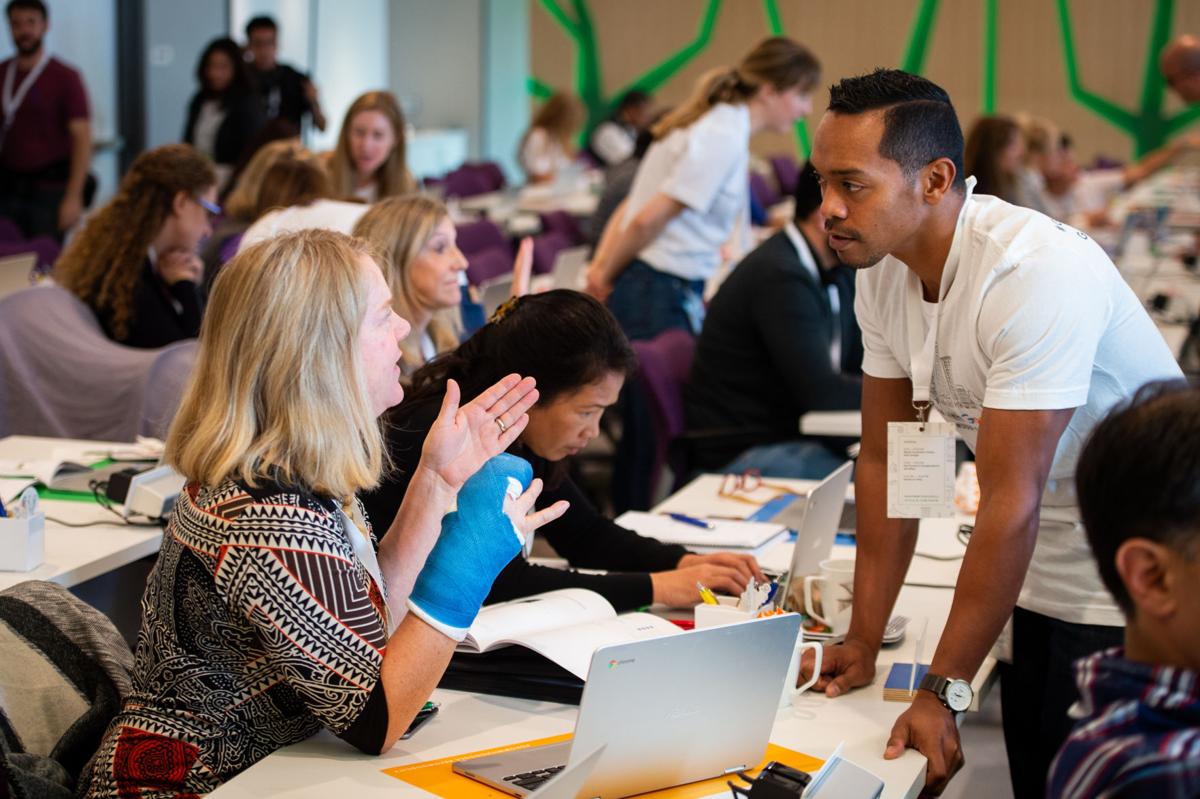 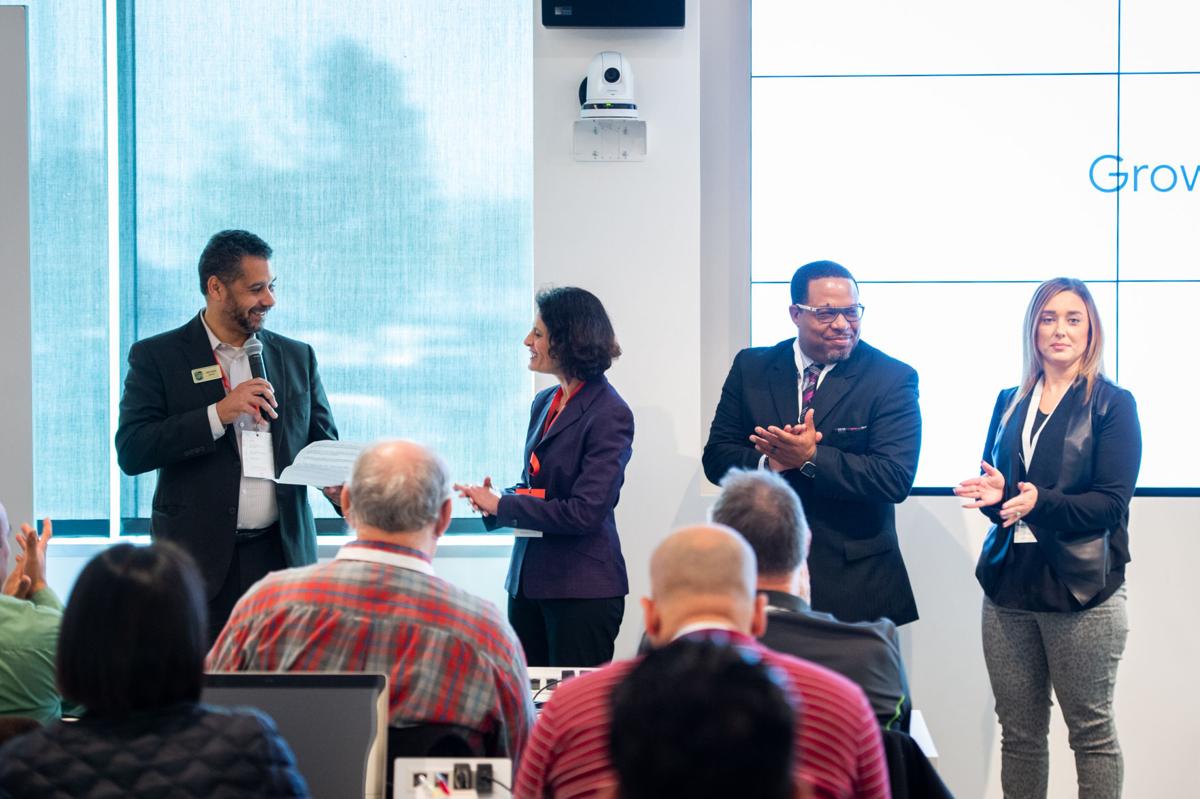 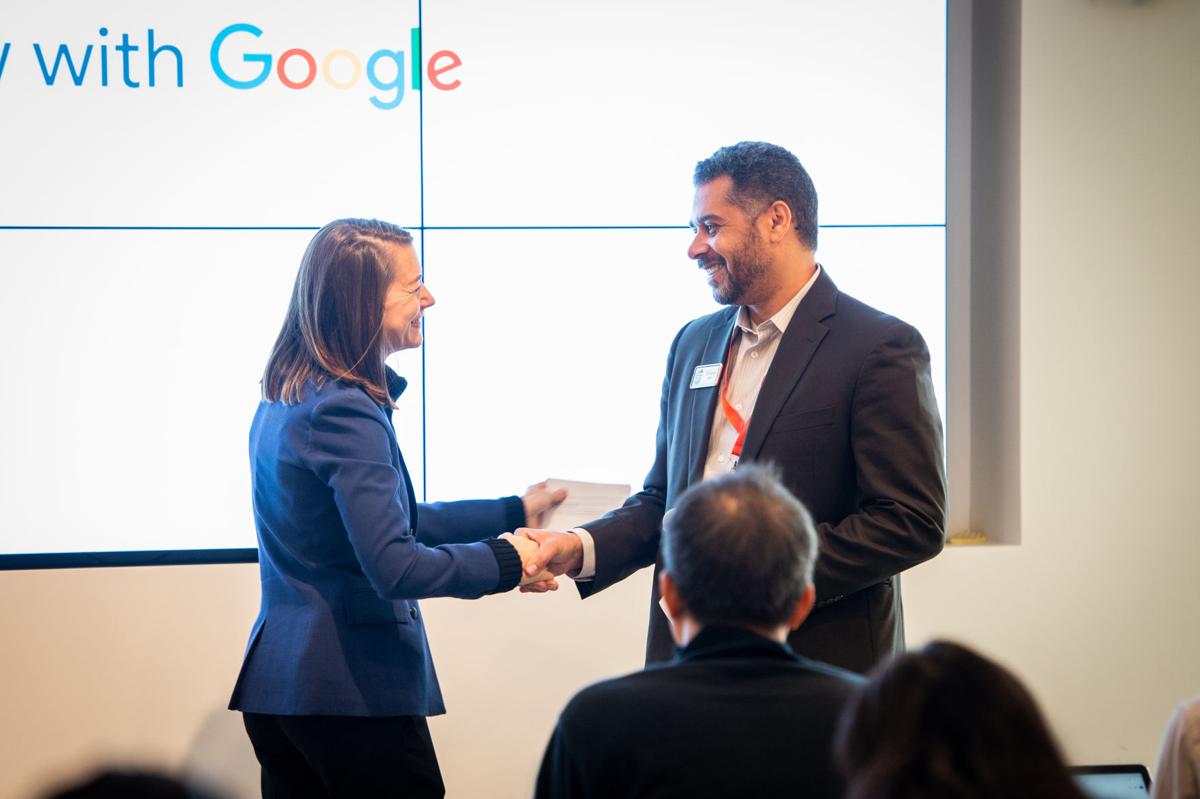 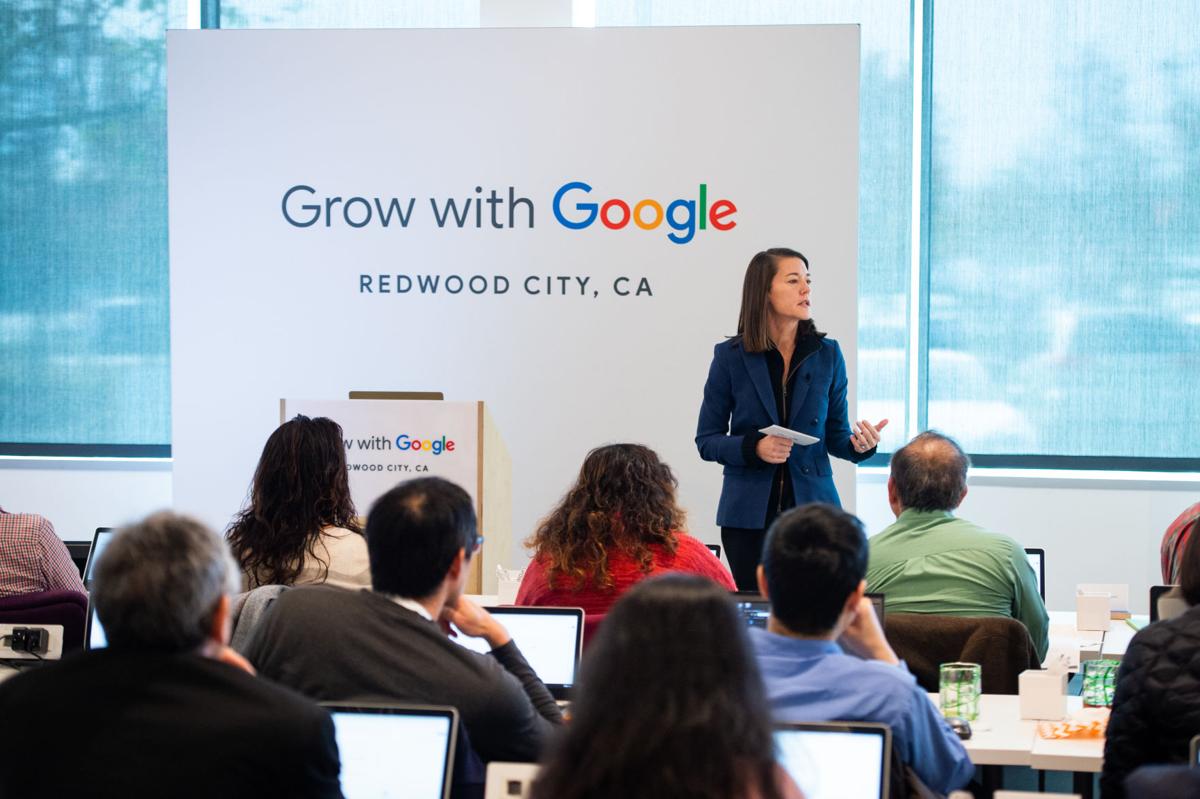 “I am proud to welcome Google to our community and to see the Grow with Google initiative gather so many small businesses today,” Mayor Ian Bain said. “Digital skills can mean a lot of things — from email all the way to coding. Living in the heart of Silicon Valley, we all know firsthand the growing role of technology in today’s economy and how digital skills play a vital role in helping us succeed.”

Google’s new Redwood City campus is located adjacent to the Port of Redwood City in the Pacific Shores Center, a 10-building complex also home to software company Informatica. Google owns eight of the 10 buildings in the complex and occupies three of them, which collectively total 350,000 square feet of office space. Informatica owns the other two buildings. The entire campus encompasses 1.5 million square feet on 106 acres and was developed in 2001 by Jay Paul Company.

In addition to Redwood City, Google has offices in Mountain View — its headquarters — as well as San Francisco, Sunnyvale and Palo Alto. And YouTube, which is owned by Google, is headquartered in San Bruno. The company doesn’t release employee counts by specific location, but it employs 34,000 workers throughout the Bay Area.

Google’s Redwood City offices thematically pay homage to Redwood trees and other indigenous flora and fauna as well as the lumber trade for which Redwood City was known.

A large chandelier in the front lobby of what’s called the Grove Events Center is in the shape of three life-size Redwood tree rings and was created using Google Augmented Reality technology. An old-growth redwood named Methuselah on Skyline Boulevard was scanned and the data was used to generate the chandelier rings. There are interactive experiences in the center and the lights and music all react to circadian rhythms based on the building’s location. Additional tree-themed installations are scattered throughout the building and the Google sign at the entrance is a sculpture in and of itself — the letters are carved out of wood and other organic materials and a living tree serves as the “L.”

“Redwood City is a really special place, it’s grounded in the entrepreneurial spirit of the valley,” Coe said. “If you think about what the city has done to bring together entrepreneurship and education and economic growth and the way that they’re investing in the economic development of the area has been incredibly impressive and we’re excited to be part of that and excited to have a home here which we’ll continue to expand across this complex.”