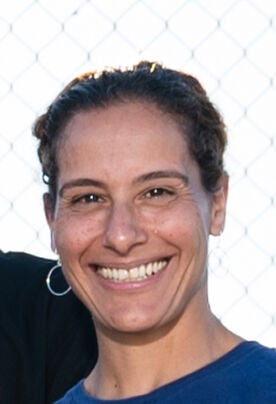 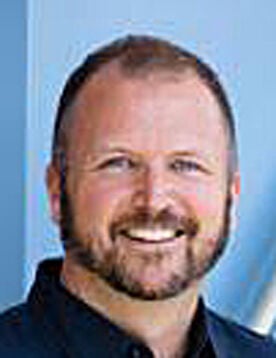 A Bridge player dribbles the ball during a game with San Mateo in the Andy Hodzic Soccer League — a soccer league for English Language Development students.

Monday is a big day for high school soccer teams around the Central Coast Section as it marks the first official day of the 2021-22 season.

But for some soccer players, Saturday is championship day as teams from Hillsdale and the San Mateo Union High School District’s Bridge Program will meet in the Andy Hodzic Soccer League championship game at Hillsdale 11 a.m.

“My team is the only team to be in all three finals,” said Samia Shoman, head coach for Bridge.

The Andy Hodzic Soccer League is a four-team league comprised of players who are in the SMUHSD English Language Development program, which helps students new to the country integrate into the classroom and help make their transition to a new life a little bit easier.

It is the brainchild of current Hillsdale Vice Principal Brett Stevenson and Shoman, who now works with the SMUHSD as the manager of English Learner and Academic Support Programs, but who had previously taught and coached at Hillsdale.

“Samia and I were thinking about an opportunity for our ELD students to participate in a soccer league that would really … allow them to play a sport they love against other schools,” said Stevenson, a Hillsdale graduate, and former head boys’ basketball coach and school athletic director.

“We have a lot of students who love soccer in our ELD.”

It took only a couple months in the winter of 2019 to bring a four-team league together. In addition to Hillsdale and Bridge, both Capuchino and San Mateo also have large ELD programs and they jumped at the chance to join. The goal was to give these students new to this country a way to bond with others in similar circumstances. It also helps these new students bond with their new school and, at the same time, encourage them to apply themselves in the classroom.

“You can totally see the benefits,” said Shoman, who coached the Hillsdale girls’ soccer team to its first Central Coast Section appearance in 2012. “We want kids to be in school and have good grades. … They’re more engaged in school (because of the AHSL).”

Shoman said many of the players on her team are unaccompanied minors or who are reuniting with family in the United States after years of separation. She said many are also tasked with holding down jobs to help support the family — both here and abroad.

Add the rigors of a completely new way of life, in a strange land and soccer is more than just a game to the players. It’s a small respite from a life that is by no means easy.

“This is their fun in life,” Shoman said. “This is something we want to do for a better experience and softer landing in this country. It’s been so personally fun and fulfilling.”

The AHSL has two, six-game seasons — fall and spring — complete with a four-team playoff and championship game. The schools work in conjunction with the SMUHSD and the San Mateo Police Activities League to help offset the costs of hiring officials and supplying uniforms and gear for the players, as well.

“We’ve been blessed to partner with PAL. … Tracy Unga at the San Mateo Police Department has been fantastic in providing financial support for this league,” Stevenson said. “We have these great (high school) facilities. … We have all the equipment. The district picks up the tab for officials. (There is) fundraising. It’s really a community effort.”

While AHSL seems a standalone entity, the other goal of the league is to hopefully have those players deemed good enough to transition to their respective high school teams. Stevenson said Hillsdale boys’ soccer coach Jaime Gomez has recruited a couple of players from the AHSL.

In the meantime, the hope is that the league can give these players new to the country and school a way to feel part of a student body and help build some kind of connection with their new classmates. And while these are structured teams in a structured league, there is a lot more leeway given to the players on these teams, with the knowledge that they may be coming late from work or having to leave early for the same reason.

“I played my very first game with eight kids, but we have coaches and staff who understand,” Shoman said. “Last week, we had to play San Mateo and they were wearing real nice San Mateo soccer (gear). It’s a big a deal when you’re new and trying to fit into a new school. … It’s a way to represent and be part of the school.”

As for the name of the league: Andy Hodzic Soccer League? Hodzic was born in then-Yugoslavia, in the Bosnia and Herzegovina region, before immigrating to the United States in 1986. A coach and PE teacher in his homeland, Hodzic began coaching at Hillsdale and was a constant presence around the school almost up to his death on New Year’s Eve 2018. His children — Aida and Renato — both graduated Hillsdale.

Hodzic was a pillar in the Hillsdale athletic community for 25 years.

“I had the pleasure of coaching with him for many years,” Shoman said. “He said ‘no’ to nobody. I remember asking him, ‘How do you keep 20, 25 kids (on a roster)?’ He said, ‘Better for them to be here than out there.’

“He had this sense of belonging. I loved Andy. I probably learned more that one year (as my assistant) than any class or training. And not just about soccer.”