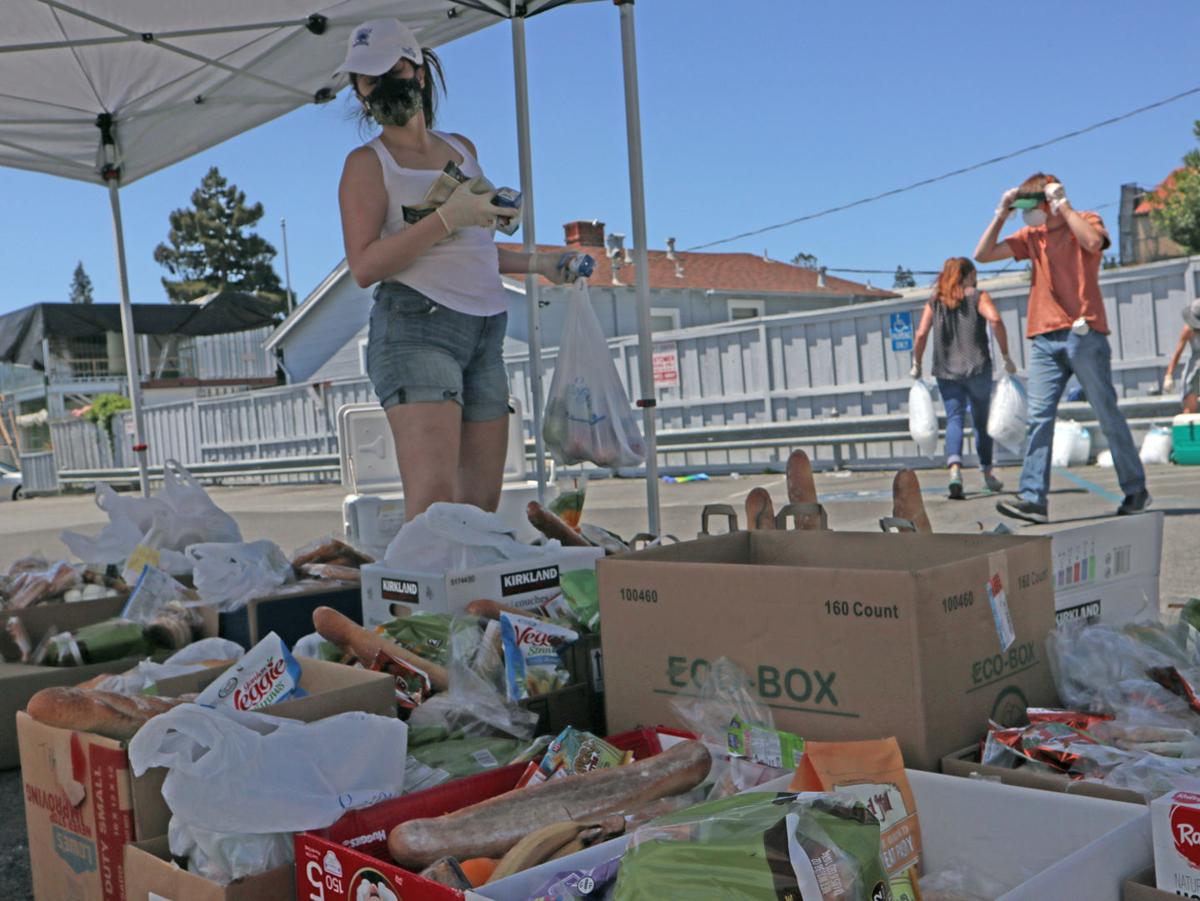 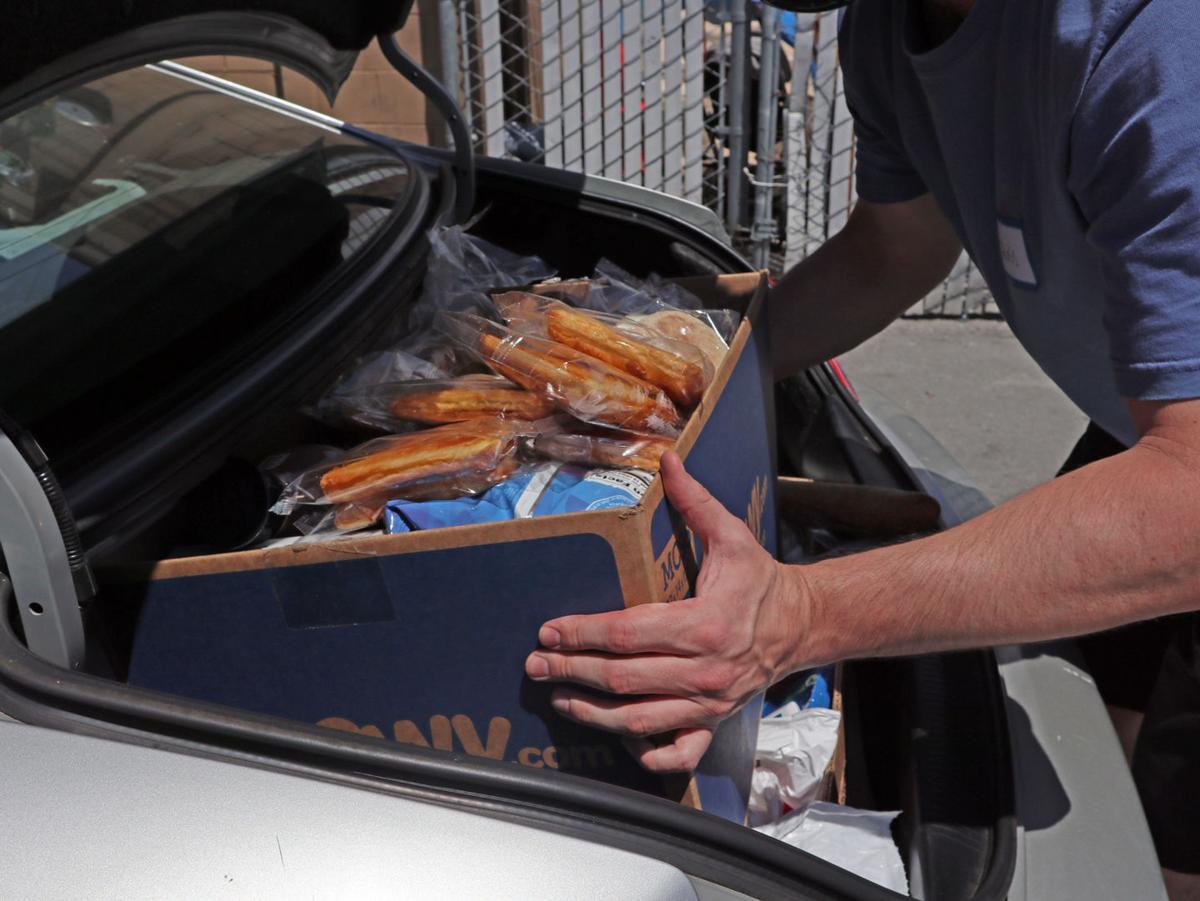 A food delivery is completed.

A food delivery is completed.

Jennifer Bautista broke down in tears after turning away struggling families trying to collect food at a One Life Counseling Center food distribution on a recent Friday. That experience shattered the entire team including dedicated staff and volunteers, but also motivated them to never deny another hungry family again.

“It was heartbreaking. Some people were asking for us to give them anything we have. They said even if we had just some milk they’d be happy, or even a bag of chips. I went home and cried that night but I had told some of the families to come back the next day and I bought stuff personally to give to them Saturday morning,” said Bautista, the executive administrator and project manager for trauma outreach at One Life Counseling Center.

The San Carlos-based center normally provides a variety of counseling services on a sliding scale to families and youth in the area and for three years now, clients benefited from a small food distribution hosted on Fridays. Once the pandemic reached the region, the center noticed demand for goods they provided at their office skyrocketed, leading to the now weekly food distribution Friday from noon to 1 p.m. and a clothing distribution Wednesday at the same time.

“We turned cars away and weren’t prepared for the amount of people needing food. It was heartbreaking, devastating, horrible. I think that Friday we were all head in our hands and were horrified we couldn’t provide what we wanted to. By Saturday our team basically just found as many resources as possible,” said Suzanne Hughes, executive director of One Life Counseling Center.

The center now provides families with boxes of goods including fresh produce, non-perishables and other essentials. Bautista said most of the families they service are from the city’s immigrant population, citing that around 90% are Spanish speaking.

“We’ve been doing this about a month and a half now. The first week we had about 50 cars and the number is increasing very rapidly. ...We had to ask the community to step in,” said Bautista.

The San Carlos City Council granted the program a total of $70,000 and Second Harvest, one of the largest food banks in the nation serving Santa Clara and San Mateo counties, has continued to provide up to 8,000 pounds of food a week to be distributed through the center. A variety of businesses and individuals have also made financial and item donations.

With the contributions, the team is now able to provide items most commonly requested such as feminine hygiene products, diapers, wipes and toilet paper. Most of these items are often the first to go with inventory rarely rolling into the next week.

“This was the first week we started giving tampons and pads, and a lot of people asked for them. We had a table set up and we didn’t expect that many people to ask but we had a lot of young ladies who came and were asking for those. We ran out quickly,” said Bautista.

Hughes showed surprise at how expensive feminine hygiene products were while Bautista said diapers were the most expensive items to purchase and the most requested.

“It’s crazy to see how many people have asked for diapers. And then some people even have three or four kids that still have a need for diapers. We have one family who actually lives with 30 people in the house. They started making tents in their backyard. We’ve been trying to help them out and trying to provide for them. Thirty people, it’s intense,” said Bautista.

As cars of families spanned four blocks, the center said it is still accepting donations. The San Carlos Youth Advisory Council will be hosting a diaper drive May 9. A drop-off bin can be located at 1001 Chestnut St. and donations can also be made through an Amazon Wish List. Volunteers are also welcomed to perform various tasks.

“We are trying to stretch the dollar as much as possible to continue to help alleviate food insecurity for as long as possible. We anticipate the need for months to come. This effort allows us the ability to increase accessibility for mental health services by emotional triage with participants,” said Hughes through email. “According to Nami.org, 50% of people needing mental health services don’t receive the services. We are trying to bridge that gap. Food for the body and therapy for the mind and soul.”

Most of the center’s offices at 1033 Laurel St. have been transformed into storage units, holding any nonperishable items left over from the week before. Hughes says she’s unsure when the facility will begin providing in-person sessions again, opting for virtual services for the time being. Regardless, hungry bodies are less equipped to deal with what mental struggles may exist, she said.

“If people are looking to take on their basic needs, their brains aren’t working and their limbic system (that controls emotions in the brain) can’t work on deeper issues. It’s hard to do mental health treatment if people are worrying about food,” said Hughes. “Hungry teenagers find it difficult to do therapy because they’re hungry. They need their mental health needs met and food security.”