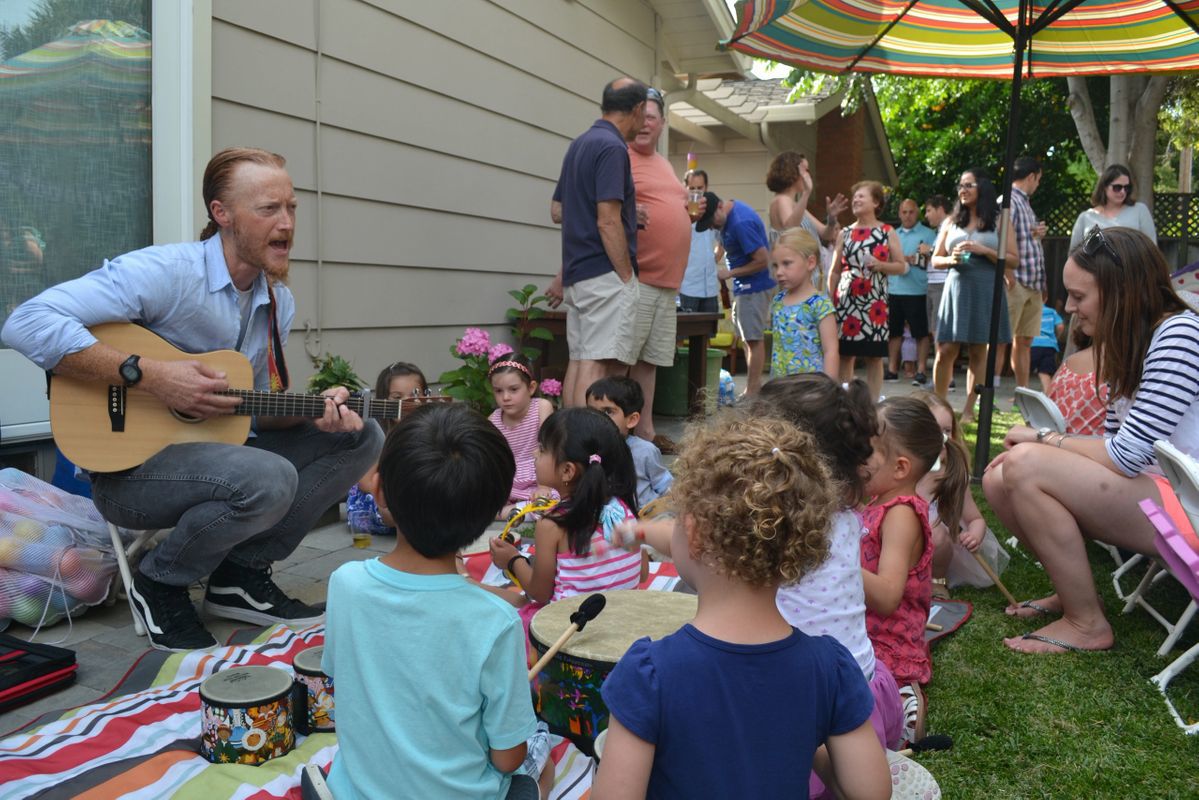 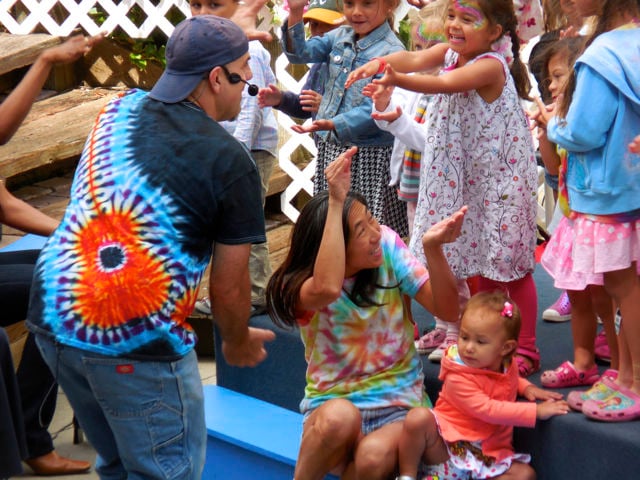 Transitioning to virtual services has become a must for businesses trying to survive the global shutdown, and for children’s musicians the struggle is no different.

Michael Quadro and Andy Zamenes, better known as Mister Q and Andy Z, have made a living off of performing for their young fans for a combined total of over 30 years. Once the COVID-19 pandemic struck the Bay Area, their livelihoods were challenged, forcing the performers to take their acts online.

“It all happened really quickly. I had a full calendar of gigs, shows, classes and all of sudden nothing. Since then it’s been a mad scramble trying to keep an income and trying to not bleed out,” said Quadro.

Quadro, based in Burlingame, got his start as a children’s performer in 2009 after losing his teaching job due to the 2008 recession caused by a crash of the housing market. He began playing music at farmers’ markets where he learned playing songs like “Itsy Bitsy Spider” caught the attention of children and generosity of their parents.

“The whole reason I got into children’s music was when I got kicked down. ... I always wanted to do something creative beyond teaching. I started thinking ‘I wonder if I can do this. I wonder if I could actually write some kids songs,’ so I started concentrating on becoming Mister Q,” said Quadro.

Now with over a decade of experience playing birthday parties, local classes and public events, Quadro is trying to maintain a flow of income by shifting to digital performances including Facebook Live, Instagram Live and Zoom. With these platforms, he and performers like him have the opportunity to meet families at home through either private or group events.

“April started out decent, not what I was going to make but people were excited about Zoom and live streaming. But now there’s some fatigue with screen time, I felt that. People have been really generous and donating a lot. ...The generosity is amazing but it’s not sustainable,” he said.

Redwood City’s Zamenes, a 20-year veteran of the children’s music scene, said live streaming his shows has felt “weird” but he is finding a rhythm to the media.

“It’s definitely different and thankfully from what I’ve been hearing, the energy is still translating. They know it’s not the same but the energy is there and the kids are engaged. That’s the point of it all, that the kids and families are having a good time,” said Zamenes.

After losing his tech job during the early 2000s dot-com crash, an internet market crash resulting from fad-based investments, Zamenes decided to try to make a living out of performing children’s music.

“I ended up realizing children’s music is trial and tribulation. That’s just how it happens. You don’t know why it’s happening or why you’re in your particular situation but you end up in the place you’re supposed to be. That’s how it worked for me and I’ve been doing it almost 20 years,” he said.

Both performers said despite their careers being fostered out of times of crisis, nothing could have prepared them for the current downturn. Along with health concerns and financial burdens, the artists are now also competing on a global stage meaning their competition is greater. Regardless, the artists opted for positivity, noting the possibility of their reach is greater as well.

“You can do this anywhere. It doesn’t matter, you can be in the middle of the desert and do this anywhere. One cool part of all of this is the market is now the world. If you do it right and market yourself well you can definitely get it out to the world now,” said Quadro.

Moving forward, Zamenes said he will be leaning into providing his content on digital spaces, something he said he always wanted to do but never found time for. With a studio set up at home, he plans to feature puppets already in his act more frequently and various storylines using a greenscreen.

The future for Quadro is less clear but he too plans to continue with digital content, a skill set he previously had little experience with.

“I won’t ever stop making music, that’s for sure. Whether I can keep doing this as full-time employment, that’s a concern. It’s crossed my mind I would have to look for different employment that’s not music or necessarily teaching. I’m just not sure. We all will have to adapt to new worlds, accept it and adapt,” said Quadro. “We get knocked down, you get back up. Those are the people that last.”