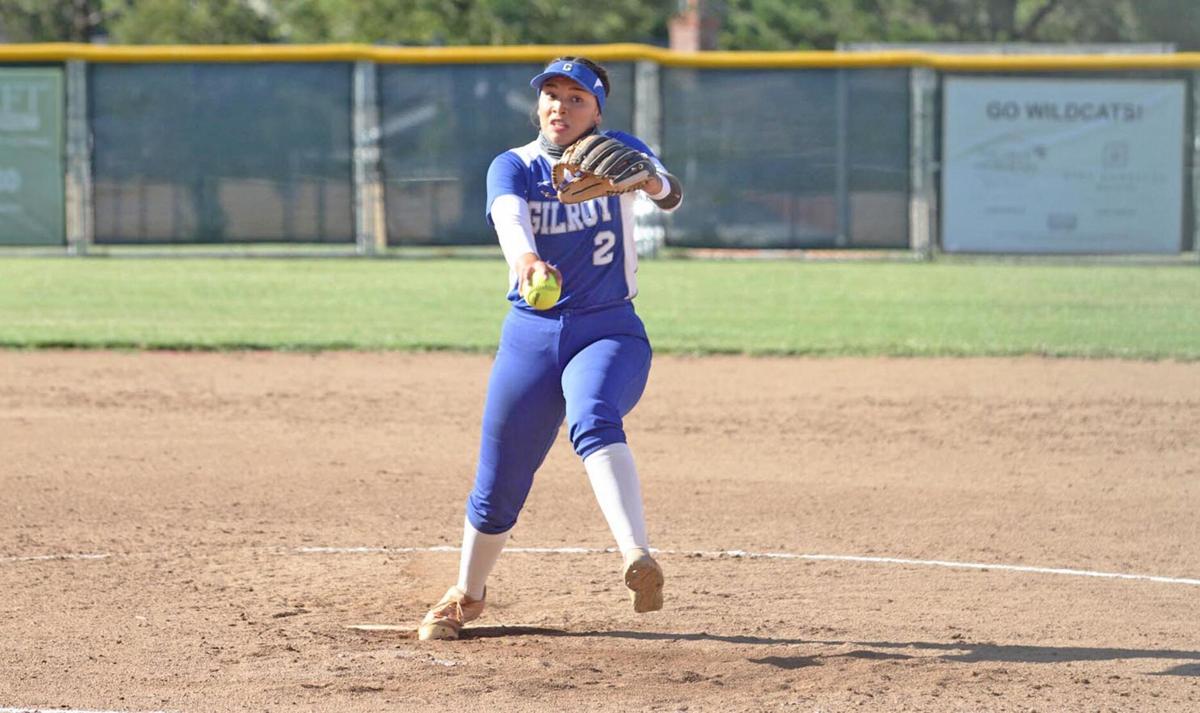 Gilroy’s Sabrina Lopez came on in relief with one out, a run in and runners on first and second in the third inning and got out of the jam. She ended up working the final 4 2/3 innings, allowing two runs on five hits. 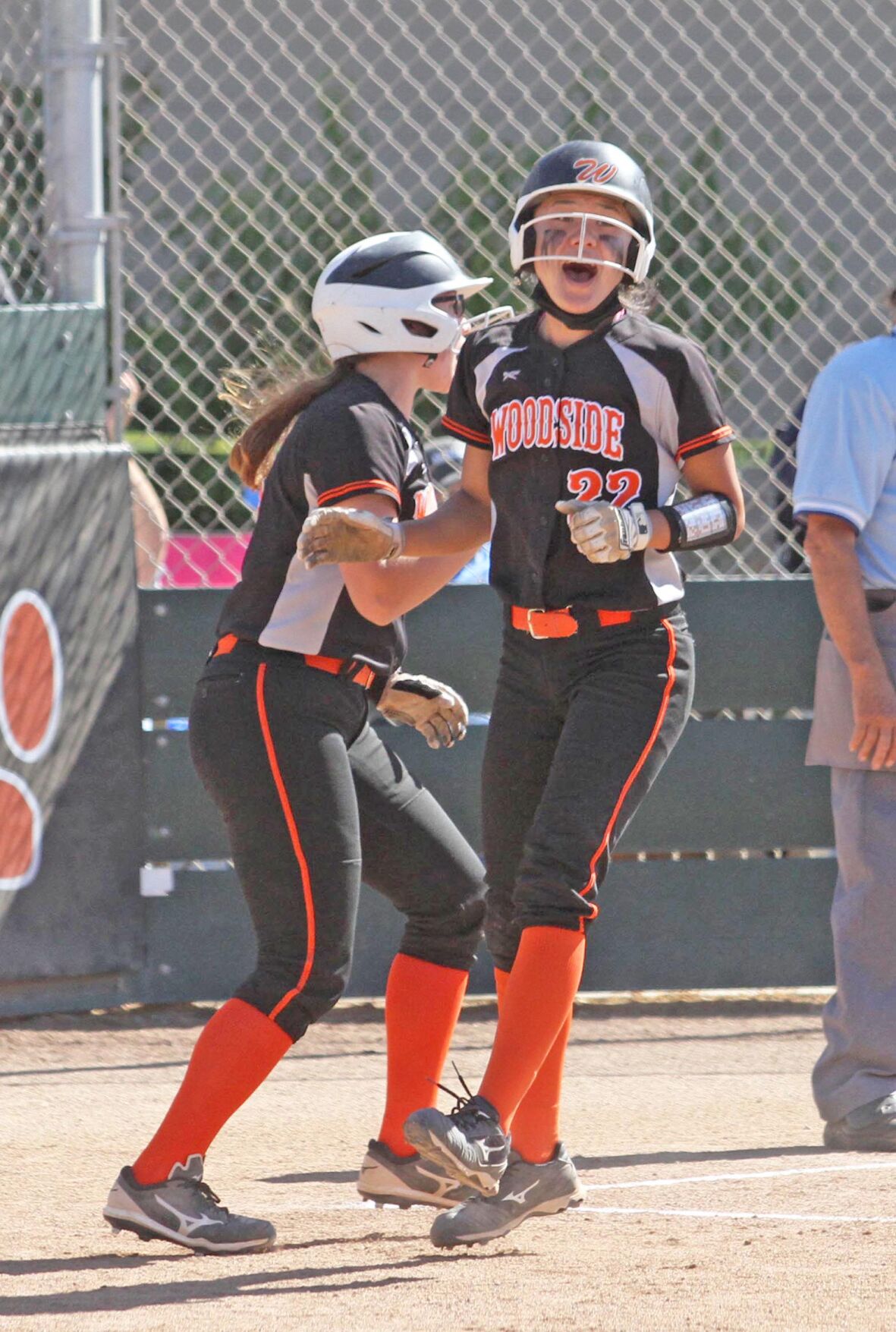 Woodside junior Madi Truesdale went 2 for 4 with two doubles and two RBIs to lead the Wildcats offense, but No. 7 Woodside fell to No. 8 Gilroy 8-5 in the CCS Division III title game Thursday in Redwood City.

The Woodside softball team was hoping to cap an already historic season with a historic first section title in program history.

While the 2021 Wildcats will go down in school history as the first softball team to make the title game, it will be a future version of the Wildcats as they fell to the Mustangs, 8-5.

It was Daines' second appearance in a CCS championship game. She appeared in the 2007 title games while playing at Carlmont.

Gilroy was the bottom seed in the bracket in number only because the Mustangs were no ordinary 2-win team coming into the tournament. Because the Pacific Coast Athletic League did not play a league schedule because on the ongoing pandemic, the teams in the PCAL, including Gilroy, were allowed to play a non-league schedule only and the Mustangs loaded up on the best teams in the section, including St. Francis, Mitty, Valley Christian and San Benito, playing each twice this season.

“Their record does not reflect how good they are,” Daines said. “That team can hit the ball really well.”

Despite facing a team that had beaten its first two playoff opponents by a combined score of 28-0, Woodside was not intimidated. The Wildcats actually outhit the Mustangs, 11-10, and had just as many base runners, 15.

The difference was Gilroy (5-10) cashing in on its chances more consistently than Woodside. The Mustangs did the bulk of their damage in two innings — scoring four runs in the third and three more in the fourth.

The first rally turned a 2-1 deficit into a 5-2 lead for the Mustangs and in the following inning, they upped their run total to 8.

But the Wildcats kept clawing and scratching offensively and Woodside pitcher Madi Truesdale, despite being roughed up, never wilted. The junior actually pitched well, throwing down in the zone. But when she elevated even a little bit, the Mustangs were on it.

Through it all, however, Truesdale kept battling. Despite allowing six earned runs on 10 hits, she also struck out eight, including the side in the sixth, leaving the bases loaded.

“Overall, we kept ourselves in the game,” Daines said. “Madi has been incredible all season in the circle. She didn't pitch poorly. She kept us in the game. She left her heart on the field.”

Truesdale made up for any perceived shakiness in the circle with her bat as she helped lead the Woodside offense. She went 2 for 4 with two doubles and two RBIs. Designated hitter Isabella Fex rapped out three hits, while Amanda Chow and Isabelle Cobb each drove in a run.

Gilroy jumped out to a quick 1-0 lead in the top of the first, manufacturing a quintessential softball run: leadoff hitter Malia Mah was hit on the foot by a pitch on a 1-2 count. She went to second on a one-out bunt and scored on Xochitl Garcia's bloop single shallow left field.

Woodside answered back with two runs in the second for its only lead of the game. Megan Barstad drew a one-out walk to get the rally started. Chow and Fex followed with singles to load the bases. Cobb came up, worked the count full before she laced a single to right to drive in Barstad with the tying run. When the right fielder bobbled the ball, Chow, who had stopped at third, bolted home for a 2-1 Woodside lead.

Gilroy responded by loading the bases in the top of the third and going large with four runs, the big hit being an Alysa Gutierrez two-run single to left as the Mustangs took a 5-2 lead.

Woodside got a run back in the bottom of the frame. Emma Kinder and Lilly Magana had back-to-back singles to lead off the inning and Kinder came home on a Truesdale double.

But Gilroy took back the momentum with a three-run fourth, highlighted by a Garcia two-run homer to center.

Woodside did not fold, however. The Wildcats cut the deficit to 8-4 when Chow scored from third on a wild-pitch, third strike to Cobb. They tacked on another run in their final at-bat when Truesdale doubled home sister Syndey Truesdale to close to 8-5, but Gilroy reliever Sabrina Lopez closed out the game with back-to-back groundouts t give the Mustangs their third CCS and first since 2018.