Thank you for listening to Jerry drone on during the Rotary Lunch! As a reward, please enjoy one free month of access to the San Mateo Daily Journal's website and e-edition. Offer expires October 20, 2022, so sign up today! 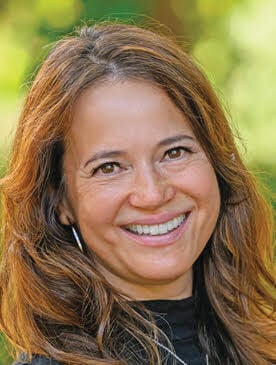 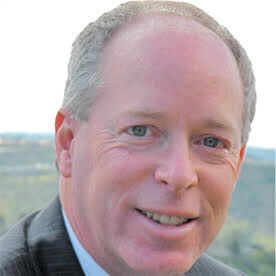 The Nov. 8 election will be the first with elections for four districts and the fifth council seat occupied by the at-large mayor serving a two-year term. Mates highlighted her lived experiences and the fresh perspective needed for mayor, noting she is biracial and a member of the AAPI community, a working parent and renter who has lived in Belmont since 2006. Lieberman has served on the council since 2005 and is the president of a management consulting firm. He cited his strong track record of compromise and outreach to people on all sides as strengths he would bring to Belmont’s top elected position.

Land use and marijuana

On issues of land use and cannabis and how the City Council handled recent discussions, Mates said the council followed through on promises to the public to look at the issue because of limited financial resources. She was proud it brought it forward and was glad about bringing issues to the forefront and not playing it safe. The council in July decided against zoning cannabis near Old County Road and Ralston Avenue following enormous community pushback and tabled a decision for more community input.

“That’s exactly what was supposed to happen,” Mates said. “That’s why you have public hearings. That’s why you go into them as a councilmember with an open mind.”

Lieberman disagreed, saying his perception was the situation might have been different if he hadn’t stepped in and argued against cannabis on Old County Road and Ralston Avenue during council meetings as a response to the public pushback. Lieberman favored no commercial cannabis in Belmont and felt the city was in strong enough financial shape to weather the revenue projection loss.

To balance long-term and new resident needs, Lieberman called for respect and compromise with people he might disagree with policywise. He cited working behind the signs with other councilmembers he did not get along with to ensure Crystal Springs Uplands School came to Belmont. Lieberman said the city has a housing crisis, and building it in the transit corridor for multi-family housing makes sense. Mates said her outreach has found many long-term residents approve of low-income housing and ADUs so their children can live in Belmont. She said there was a need for more housing and affordable housing in the right areas. She called for protecting single-family neighborhoods and increasing density near El Camino Real to meet state requirements.

Belmont’s Open Space Master Plan is on hold over disagreements between bicyclists and walkers over bike and trail use at Waterdog Park. Lieberman has advocated that everyone must use the trails safely and wanted dialogue with both sides. He suggested there may be trails just for bicyclists and walkers, while some could be a combination.

“You can’t have people on the narrow trail who feel like they are going to get run over by bicyclists,” Lieberman said. “It doesn’t mean the bicyclists have to be thrown out of the park. It means you have to start figuring out how to divide up the resource.”

“I think there is still room for discussion and looking at these more closely, but the master plan was supposed to be a guiding document and wasn’t supposed to have all the details in it, but each individual project underneath the master plan would have looked more into the issues we are hearing about in the public,” Mates said.

Mates sits on the Peninsula Clean Energy executive board and believes state and federal help is needed to improve the grid and consumer confidence. She proposed more community outreach about commercial and residential power storage options to mitigate potential outages.

Lieberman noted the infrastructure might not be ready for the city to go all electric with its reach codes, although the city must eventually meet state requirements.

“Belmont has taken a slightly more aggressive approach on the reach codes than the state, which is fine,” Lieberman said. “However, I will not minimize the concerns people have on what are the operational costs going to be.”

Mates said the most significant budget issue is the potential budget deficit in five to 10 years. Her long-term concern is the underfunded tax revenue from the state. California is underfunding property tax in lieu of vehicle license fees and using excess Educational Revenue Augmentation Funding to backfill the VLF shortfall. ERAF is excess local property taxes returned by the state after local school districts are fully funded to mandated levels. She called for more creative ways to diversify revenue and save money, like hiring city staff on a short-term basis and raising the hotel tax.

“If we go the route we are on right now, we are on track to lose $4.3 million in the next five years of our budget,” Mates said. “That’s substantial.”

Lieberman praised Belmont for its budgetary planning and said the situation was better than years ago. He noted hotel tax increase would help future budgets, and the city could consider a utility tax if it got into a budgetary crisis.

“I think we continue to look at ways to diversify as we’ve been doing, but I think we are a very well-managed city,” Lieberman said.

Mates highlighted her leadership on the Public Safety Committee as pivotal work she will continue as mayor. She was part of a council committee that updated the police use of force policies and created a Crisis Assessment, Response and Education program to respond to service calls involving mental health crises.

“That was the moment where we had a collaboration that was difficult and wasn’t easy but involved the community, police and other elected officials,” Mates said. “The results that came from it were really tangible.”

Lieberman pointed to his work on the Silicon Valley Clean Water committee, creating the Belmont Fire Protection District Fire and changing the council’s mind on cannabis as examples of him taking on challenges and finding solutions.

“When you ask about leadership skills, it is taking on some of the things nobody else wants to do because they are not sure if they can succeed with it,” Lieberman said.

Editorial: In Belmont, Mates for mayor and Latimerlo for District 1 council

For the first time, Belmont residents will have to choose for themselves who will be the mayor for two years. With the switch to district elec…