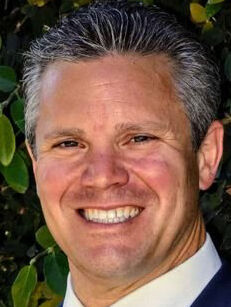 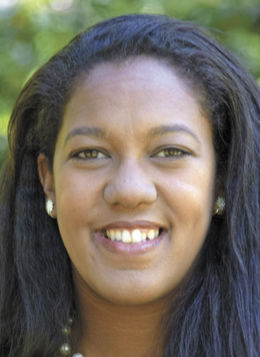 At our meeting of Nov. 23, 2021, the Belmont City Council unanimously approved a resolution in support of the San Francisco Public Utilities Commission renewing the permit allowing cross-country meets at the Crystal Springs Cross-Country Course adjacent to Belmont.

For decades — thanks to local legend Bob Rush who created the course and the San Mateo County Community College District — young athletes from all over the Bay Area have been able to run on this unique and beautiful course.

The pandemic has taught us many lessons. One of those lessons is to treasure and protect our open spaces where we can exercise, mentally recharge and safely connect outdoors with neighbors and friends from near and far. Athletes, as well as visitors from San Mateo County and beyond, use the course regularly to hike or run and are rewarded with incredible views of the rolling hills and nearby reservoir. Despite decades of public use and cross-country meets, the city of Belmont and our police department have tracked relatively few complaints regarding use of the course. Indeed, most local residents enjoy the privilege of living near this recreational gem and welcome seeing young people from the entire region creating lifelong memories of competing on this amazing course.

Over the past year and a half, the community college district has actively engaged with a small group of residents from the neighborhood adjacent to the course who are unhappy with the traffic and parking on meet days. Likewise, supporters of the course have engaged in external and internal conversations regarding possible mitigation of impacts and enhanced service to the area during meets. While there are occasional instances of meet attendees not parking as carefully as they should, the real issue is not illegal parking but legal parking. Those unhappy with the cross-country meets object to the number of cars temporarily parked in the neighborhood and the minor, but brief, increases in traffic as attendees arrive and depart. A few residents also objected to participation in the meets by student athletes from communities as far away as Fresno.

Objections such as these are troubling as they are an attempt at justifying the exclusion of young athletes from less affluent and park starved areas from participating in these meets. Belmont is a welcoming community and we know that most of our residents do not agree with this “pull the ladder up” approach. In fact, equity, access and inclusion are Belmont’s core values memorialized in city resolutions and embedded in policy.

We applaud the college district for listening carefully to local residents, the city of Belmont and the cross-country community. After a lengthy and thorough process, the district recently made a decision to limit larger and Saturday meets while reducing the overall number of meets significantly. In 2010, there were 37 meets while this season there were only 21 — a 43% reduction. Though many of us were saddened to see a reduced schedule, the decision appeared to be a reasonable compromise and, to its credit, the cross-country community supported this solution.

Unfortunately, a few representatives of a neighborhood group — without polling their membership or neighborhood to see if they shared similar views — remain opposed to the use of the course and contacted the SFPUC (which controls the land the course sits on) to express their unhappiness. Subsequently, the SFPUC staff included in a board report regarding the course that if agreement between all stakeholders could not be reached, the SFPUC would begin the process of revoking the permit under which the meets are held. This proposal threatened to provide those few neighbors with virtual veto power over the use of this course. Thankfully, the SFPUC commissioners seemed troubled by the staff-proposed approach at a recent meeting. Through their comments, they appeared to be supportive of continuing cross-country meets for our youth. The matter, however, will come back before the SFPUC in January.

Young athletes from near and far have competed on this spectacular cross-country course at Crystal Springs since the ’70s. During this process, we’ve heard from those who currently use the course, as well as many who used it years ago. They all emphasized how important and special the course is to them, future athletes and their families. If you care about continued cross-country meets at this wonderful regional resource, please email the SFPUC at commission@sfwater.org in support of the San Mateo County Community College District’s solution to continue the public use of this course. Let’s #keepitrunning.

To support the continued use of the treasured Crystal Springs Cross Country Course amid concerns about its leasing future, the Belmont City Co…