Takahashi Market store owner, Gene Takahashi, stands proudly in his market that has operated since 1906.

For more than 100 years through four generations, Takahashi Market in San Mateo has served as a landmark for the Asian community and people from Hawaii, with plans to continue on the family business despite the pandemic.

“It’s gratifying being part of the community, and we have customers here whose parents and sometimes their grandparents shop here. It’s very gratifying to see things like that,” owner Gene Takahashi said.

Started in 1906 as a general store by Takahashi’s grandfather, Tokutaro Takahashi, the fourth-generation family-owned and operated business at 221 South Claremont St. serves the Asian community and people from Hawaii and is one of the oldest businesses in San Mateo.

Gene Takahashi’s father, Kenge, later took over the family business after serving in World War II with the 442nd Regimental Combat Team, one of the most decorated units in U.S. history. Along with Kenge’s wife, Sachiko, they ran the business with help from their children Gene, Norma, Jack and Anne. 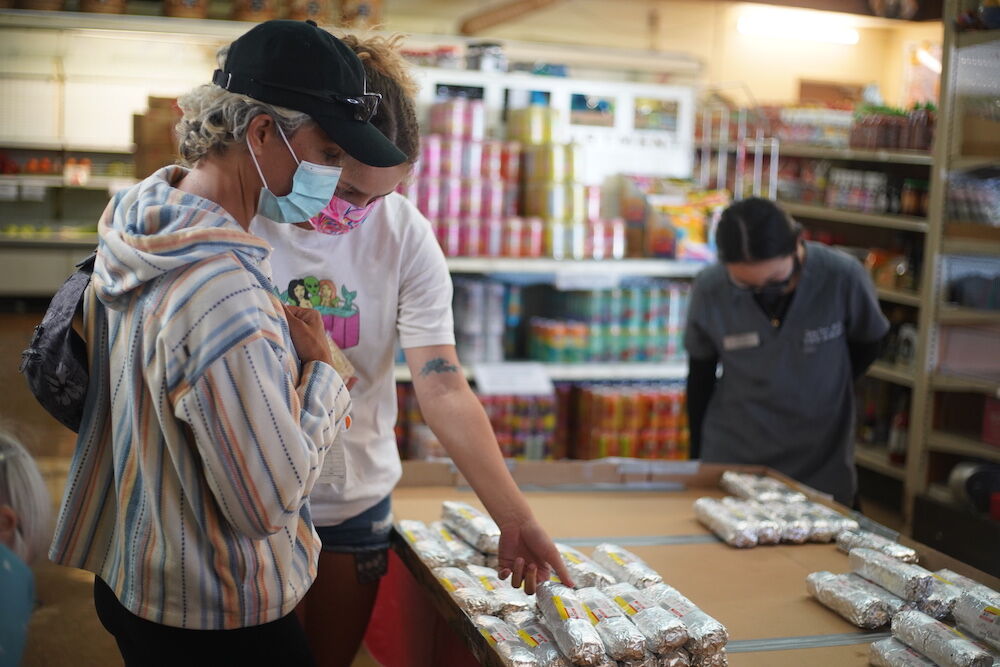 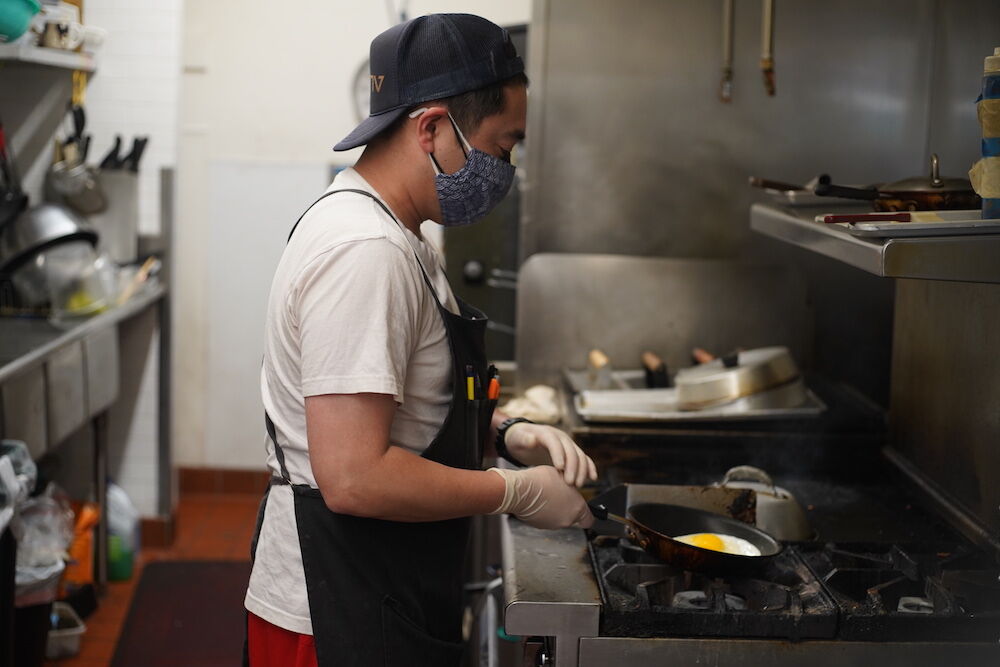 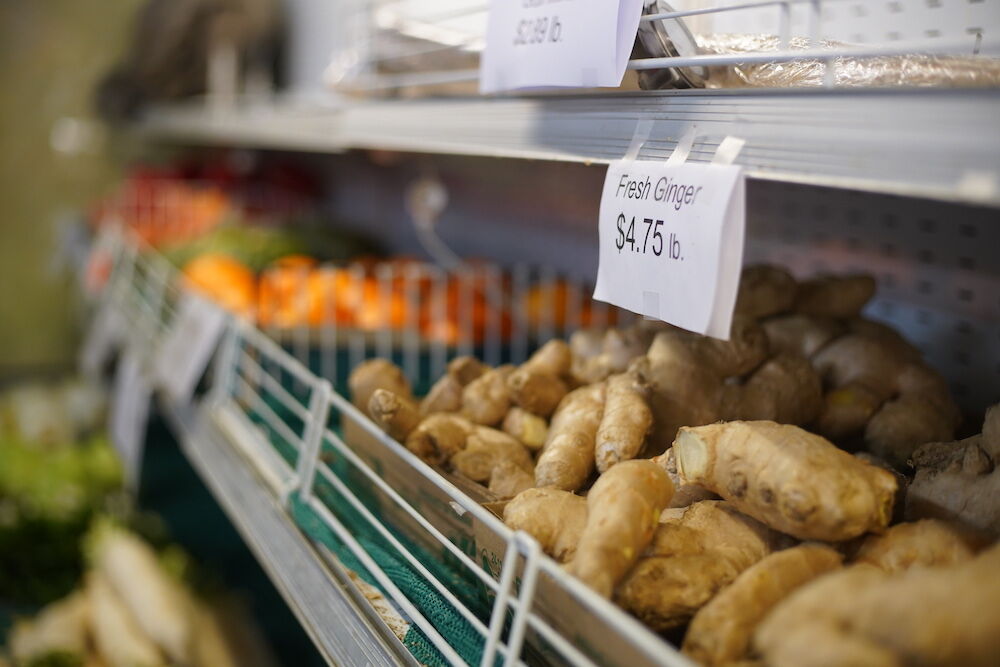 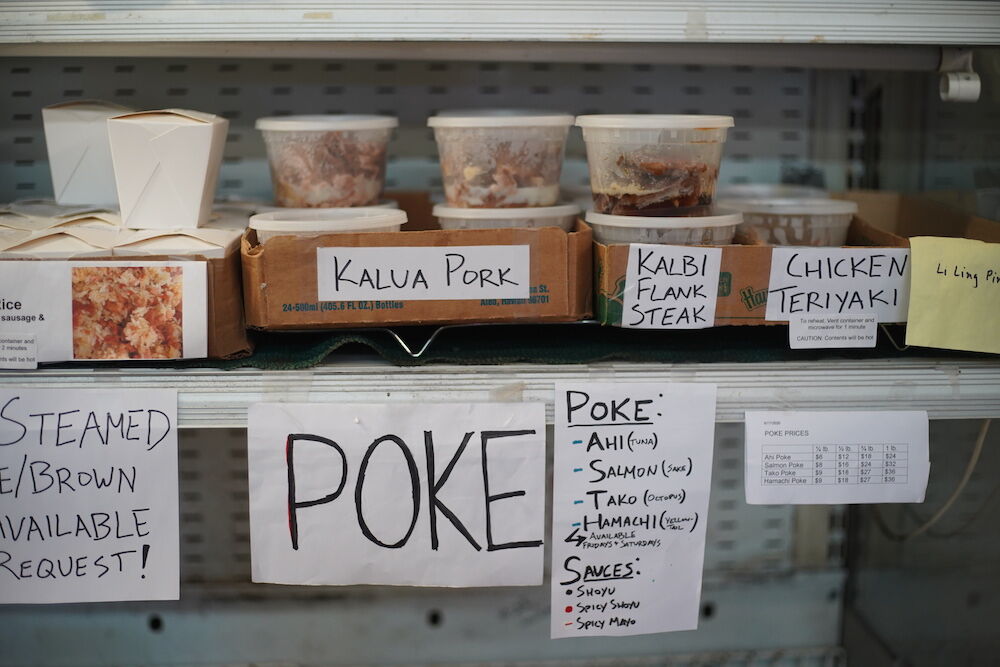 With Takahashi’s son Bobby running the kitchen, four generations have kept the store a community staple. Takahashi Market sells Hawaiian and Asian grocery items while also operating a kitchen with popular items like Hawaiian-style plate lunches and various kinds of musubi, a snack of different options of meat atop a block of rice held together by nori. The store is also known for offering hard-to-find Hawaiian and Japanese products, such as Hawaiian Saimin, Hawaiian Rock Salt and Aloha Shoyu.

The pandemic has kept Takahashi, 69, away from being around the store during open hours and forced him into a semiretirement. He only recently returned a couple of weeks ago after receiving his vaccination. He missed talking to many customers in person, and his son passed on messages from longtime customers who came in over the past year.

“I don’t think I can ever really retire. I’ll probably just gain more weight, he joked. “I realized how much I missed it.”

While business has been down during COVID-19, Takahashi said it has not been as bad as expected due to a loyal customer base going out of their way to support them. They closed the store at the beginning of the pandemic and considered not allowing customers in the store, but decided to open with proper ventilation, social distancing, customer limits in the store and masks.

“Overall, it’s been pretty good. We have been very lucky,” Takahashi said.

At the beginning of the pandemic, Takahashi Market kept its old model of having people order food one at a time, but it became dangerous with so many customers arriving and waiting, creating crowd management and social distancing issues. Staff members now premake food every day before the store opens at 11 a.m. rather than its previous system of having customers order one at a time, allowing people to pick items at their convenience and ensuing better organization. The store hours were also limited to four hours a day. Some customers who used to walk in a place a large order can no longer do so, however, people can call ahead of time.

Takahashi said the pandemic has helped change some business operations that they will probably keep in place. Making musubi before opening has made things much more efficient. The store expects to update its hot plate policy to only have limited walk-in orders instead of allowing massive call-in orders to give others a chance to buy food.

“So we are probably going to keep that system in place,” Takahashi said.

He often gets offers for the property from Realtors, but he and his family are adamant they will stay as long as they can.

“We feel like we would be turning our back on the community if we quit,” Takahashi said.

While four generations have run the store, the family has had mixed emotions about handing the business down, as Takahashi’s father encouraged him to go to college and get a professional job. However, Takahashi realized he was not happy working other jobs and wanted to be at the store, and he has had similar conversations with his son, Bobby, about taking over the family business.

Bobby Takahashi, 33, is the manager and now runs the kitchen. He grew up helping his family at the store and is passionate about cooking. He worked for startups in the area after graduating from college with a degree in economics but found sitting in one place for eight hours was not as rewarding as working at his family’s store, where he can talk with customers and see his parents every day. He doesn’t see any reason to change or leave a job he loves.

“I like being here, I like talking with customers and families, and it’s gotten to the point where I’m responsible for the kitchen, so I enjoy doing that and cooking all day,” Bobby Takahashi said.

Gene Takahashi said his son has really grown into the role over the past two years.

“When we started the kitchen a few years ago, and I realized how good he was at it and how much he enjoyed it, I told him, ‘you’re in charge of this now, this is your baby,’” Gene Takahashi said.

Part of the staff before the pandemic were older part-timers who had to stop due to COVID-19. Takahashi said his son and the young staff had done a great job of taking over the business over the last few years and taking care of customers.

“Bobby and the other young staff members really made us proud,” Gene Takahashi said.

Despite the pandemic and restrictions, there are still long lines throughout the week when the store opens. Bobby Takahashi said customers continue to visit and business remains busy.

“Saturdays, the lines have been pretty long, and it’s pretty awesome to see that,” Bobby Takahashi said.

Debbie Tom said Takahashi Market is her go-to place for Hawaiian food for over 30 years. She was born in San Francisco but grew up in Hawaii before moving back to San Francisco as an adult. She heard about Takahashi Market after a recommendation from her friend as a good place to get prepared Hawaiian food. While there are other places in the Bay Area, it is the only place she has found so far with the variety and range of food she expects. Her favorite thing to get is Lau Lau, a dish of pork and butterfish wrapped in ti leaves, which she orders ahead of time. Takahashi Market flies in deliveries from Hawaii every Thursday of items like kalua pork, fresh poi and Portuguese sausage, and she lets Gene know the week before if she wants something. She also buys Hawaiian pulled pork, cookies and passion fruit curd when available.

“They are true to their Japanese heritage, but they have been bringing Hawaiian food forever,” Tom said.

The food and atmosphere have remained the same since she started going, and she said the place retains the true Aloha spirit.

“It’s the closest thing to going back to Hawaii,” Tom said.

Matt Leddy from Redwood City first found out about Takahashi Market 18 years ago after getting involved in the Hawaiian music scene in the Bay Area. During his trips to Hawaii, he got a chance to visit local markets in rural areas that remind him of Takahashi Market.

“As soon as we walked into Takahashi Market, we felt we were back in the islands. It just felt good when we walked in,” Leddy said.

Leddy and his wife enjoy the selection and diversity of food, the friendly people and the family atmosphere. Because they are older, they have not been able to go to the store due to COVID-19 but plan to come back.

“We miss those guys. Hopefully, we will get up there soon and see them,” Leddy said.