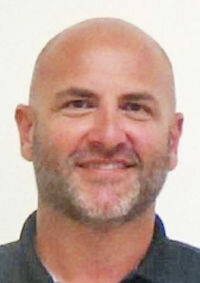 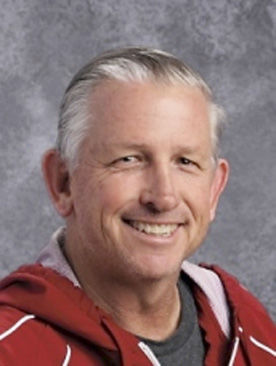 With no updated guidance from the state health department or the California Interscholastic Federation this week, the Peninsula Athletic League is moving forward with some semblance of a plan to be ready for competition when given permission.

Jeff Scheller, San Mateo athletic director who has been leading the return-to-play guidelines for the San Mateo Union High School District, said district Superintendent Kevin Skelly has given the schools in the district permission to begin practice for four sports Jan. 19 — cross country, girls’ golf and tennis, and swimming.

Only cross country aligns with the Central Coast Section Season 1 sports, which, in theory, means there would be a CCS championship meet.

The other three sports, by moving from Season 2 to Season 1, will not be eligible for postseason play — if there are playoffs. The thinking is that girls’ golf and tennis had playoffs in 2019, while their male counterparts had their seasons and postseason canceled in 2020.

Swimming, however, will see its postseason canceled for the second straight year.

Athletic directors from around the PAL have been in meetings the last couple of days and Scheller said there is a tentative plan in place to play a season against just San Mateo County teams. Scheller said the schools in the SMUHSD are all on board with the proposal and he believes two other school districts that comprise the PAL will also sign off on the plan.

“This year is not about league championships,” said Melissa Schmidt, Sequoia athletic director who has been working with both the San Mateo district schools and the Sequoia district administration to work out a return-to-play path.

While scheduling will still need to be done, ADs have sent notice to the coaches for those sports to start ramping up for a season. Most of the work to be done is administrative: making sure athletes have current physicals and other clearance paperwork filled out and on file.

“I know at our school and in our district, [ADs] have told the coaches for swimming, girls’ golf, girls’ tennis, cross country, be ready to go,” Sell said. “They’ve been told to get their rosters ready. Make sure everyone is cleared.”

While many of the athletes in the permissible sports have been training on their own for months, there are logistical problems still remaining, especially for cross country.

“My kids are [training]. Most of mine are running on their own and have been since the summer,” said Frank Hunt, Aragon cross country coach. “The only thing we’re missing is the speed work and the strength work.”

But Hunt said the league still does not have clearance from two of the main courses used by PAL teams — most notably Crystal Springs Cross Country Course.

The course in Belmont has been going through management changes after the San Mateo County Community College District said it was no longer going to subsidize it. And since the steward of the course, Bob Rush, has been prohibited from doing any more work, Hunt is not sure that the course has been maintained for cross country.

The college district has said that it will manage the course through the 2020-21 season.

“You can’t book anything. The places we run don’t really have anybody taking their information,” Hunt said, citing Crystal Springs and Bedwell Bayfront Park in Menlo Park.

Hunt said, however, that many of the schools around the PAL have on-campus cross country courses but, in some cases, have not been used in decades. The Half Moon Bay course is one of the three main ones the PAL uses, along with Crystal Springs and Bedwell, but Hunt wouldn’t be surprised to see some of these school courses revamped or coaches simply designing a route to use around campus.

“Right now, everything is (still) up in the air,” Hunt said.

While the PAL is moving forward with a plan, it’s all still tentative. There are still several moving parts that could scuttle any attempt to return to competition and right now the biggest hurdle is the stay-at-home order the county and state currently in place.

“[These sports] cannot compete until the stay-at-home order is lifted,” Scheller said.

That’s why Sell remains pessimistic that a season will to start on that Monday of the last week of the month.

“The state did say they had the right to change their mind about that (Jan. 25) date,” Sell said. “Would a betting person bet a lot of money on starting on Jan. 25? I doubt it.”