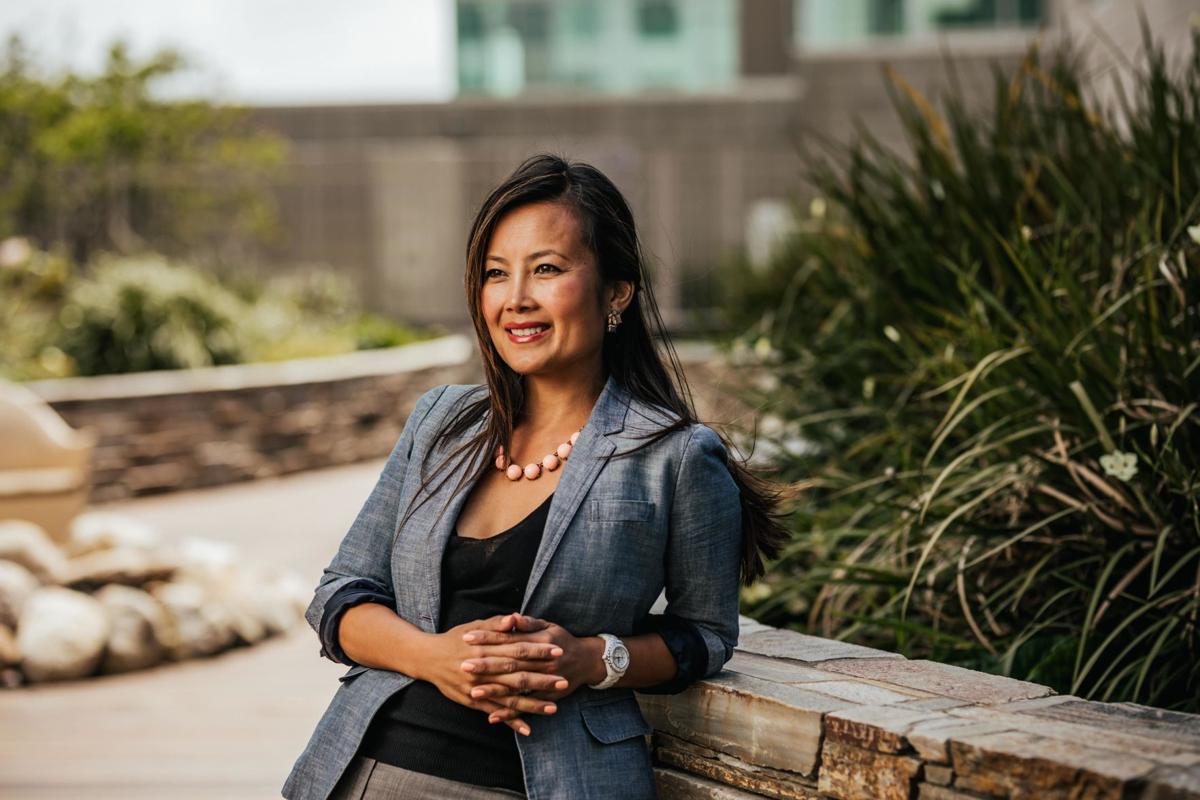 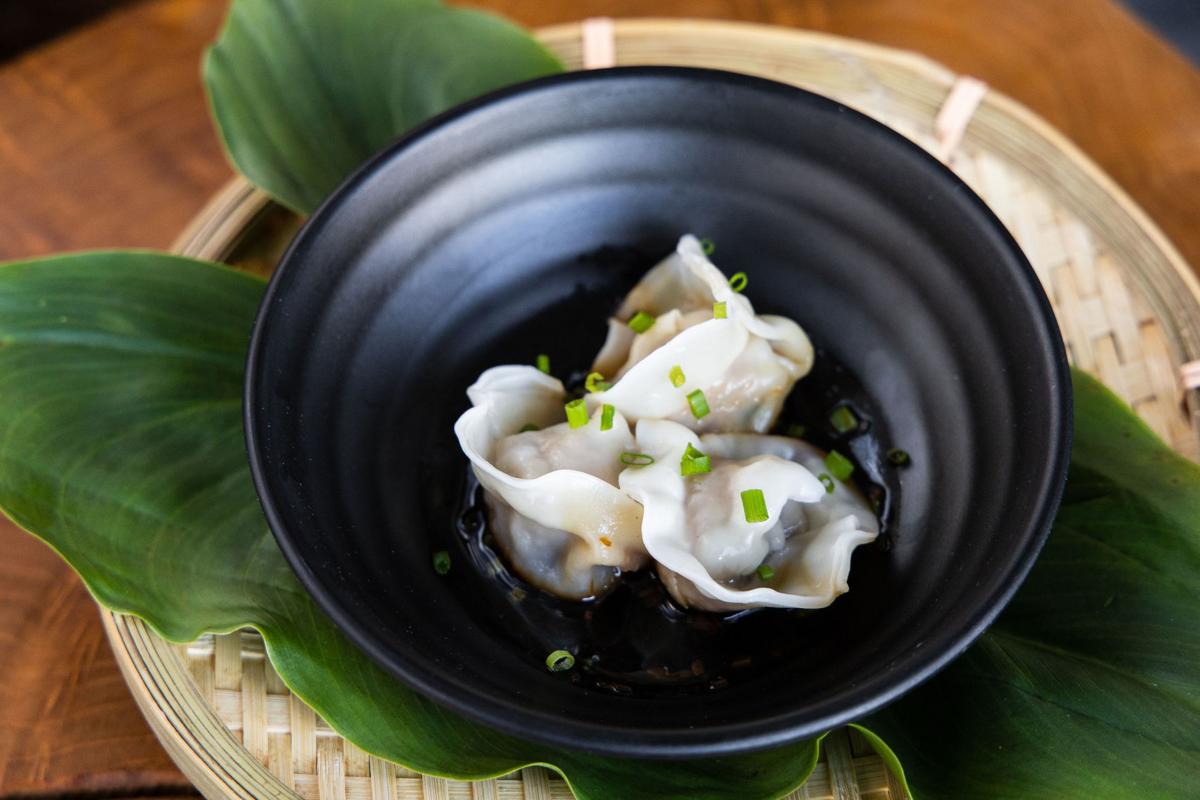 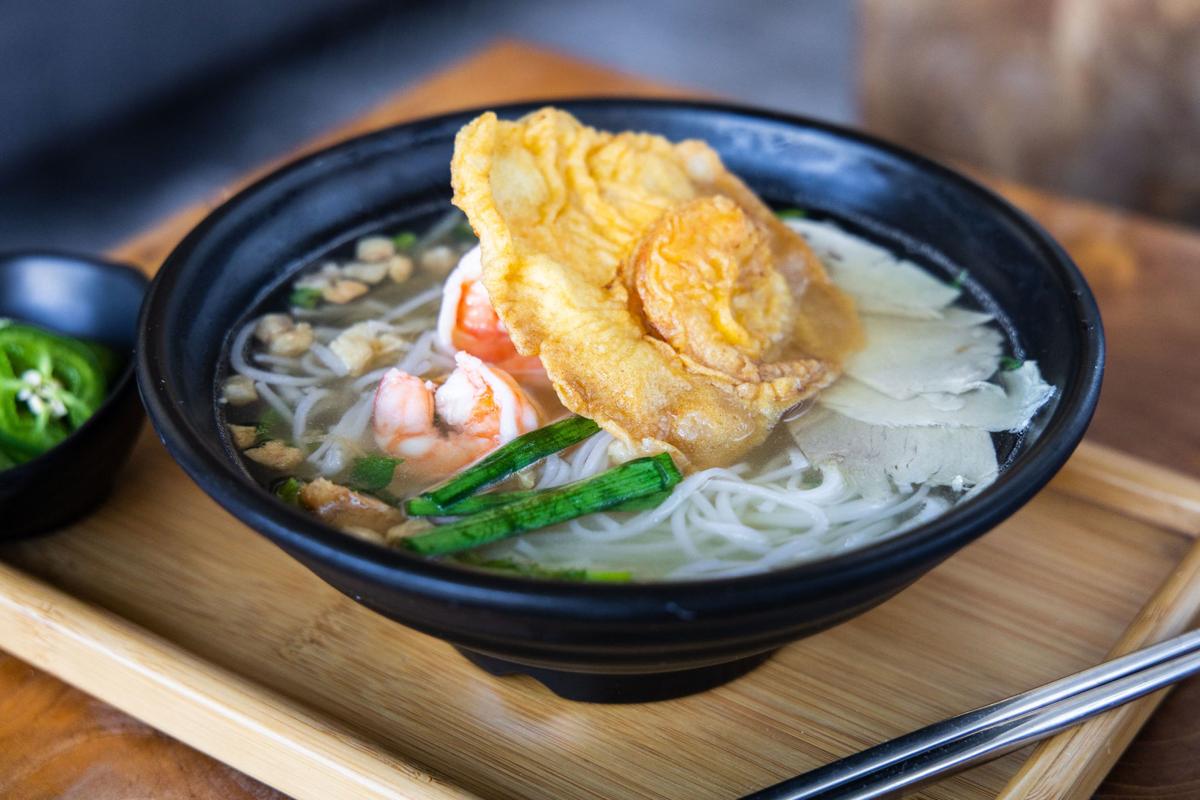 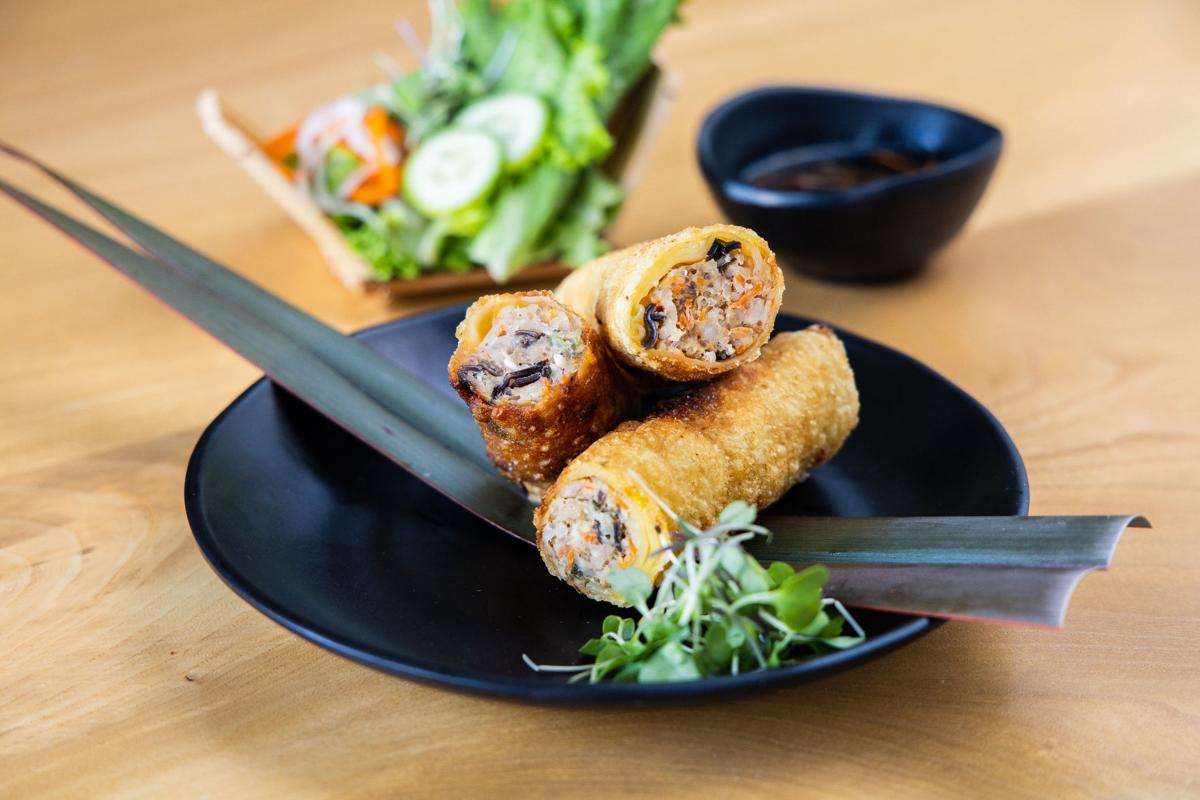 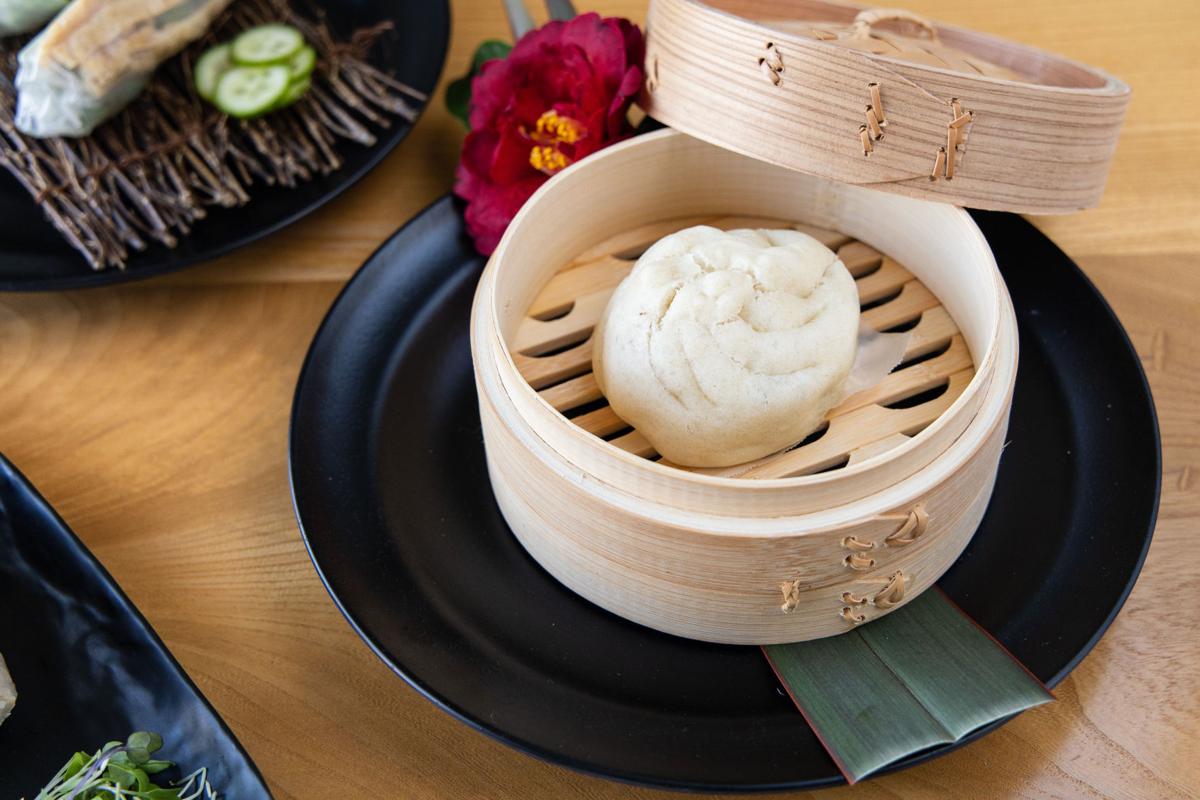 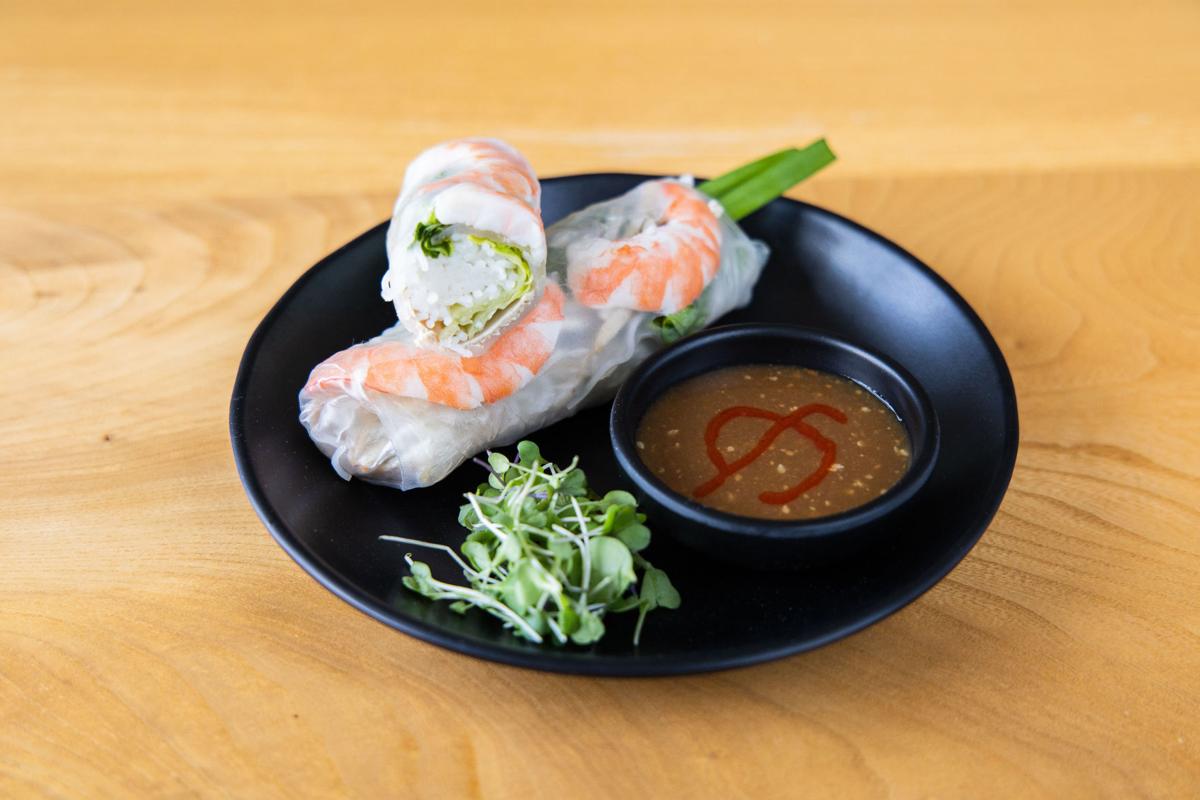 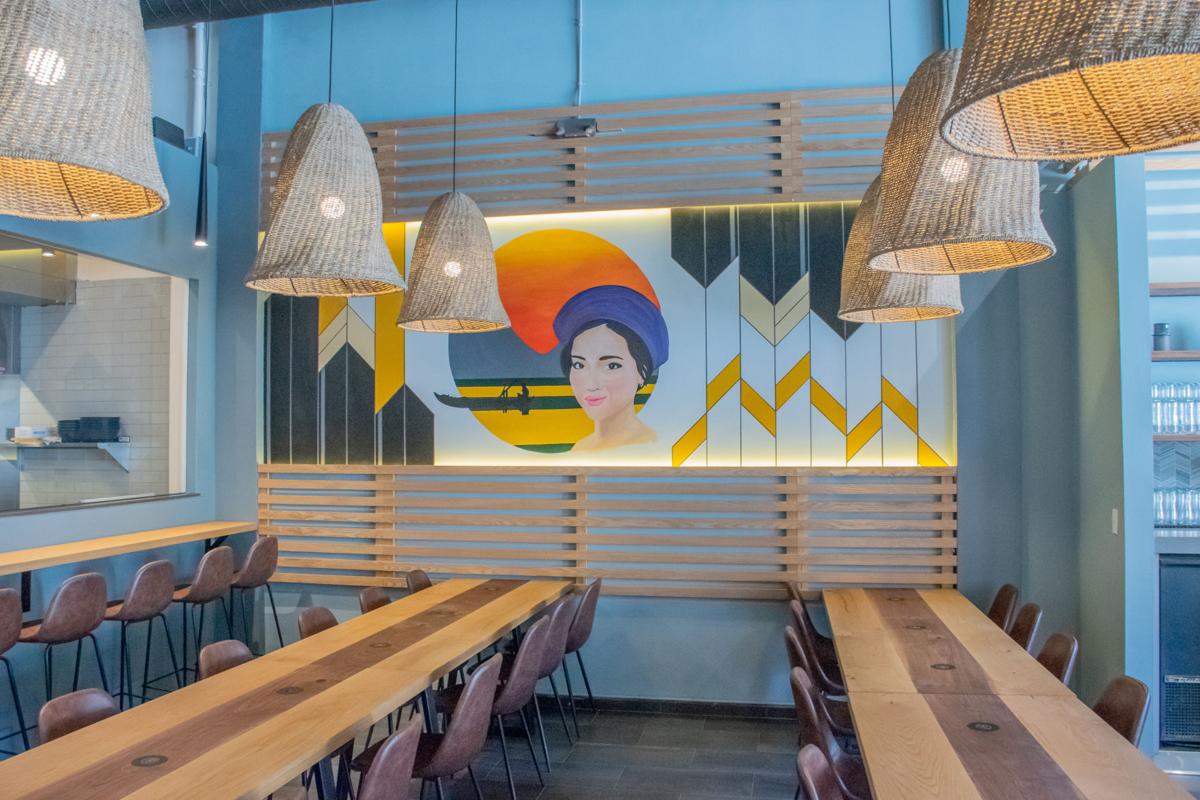 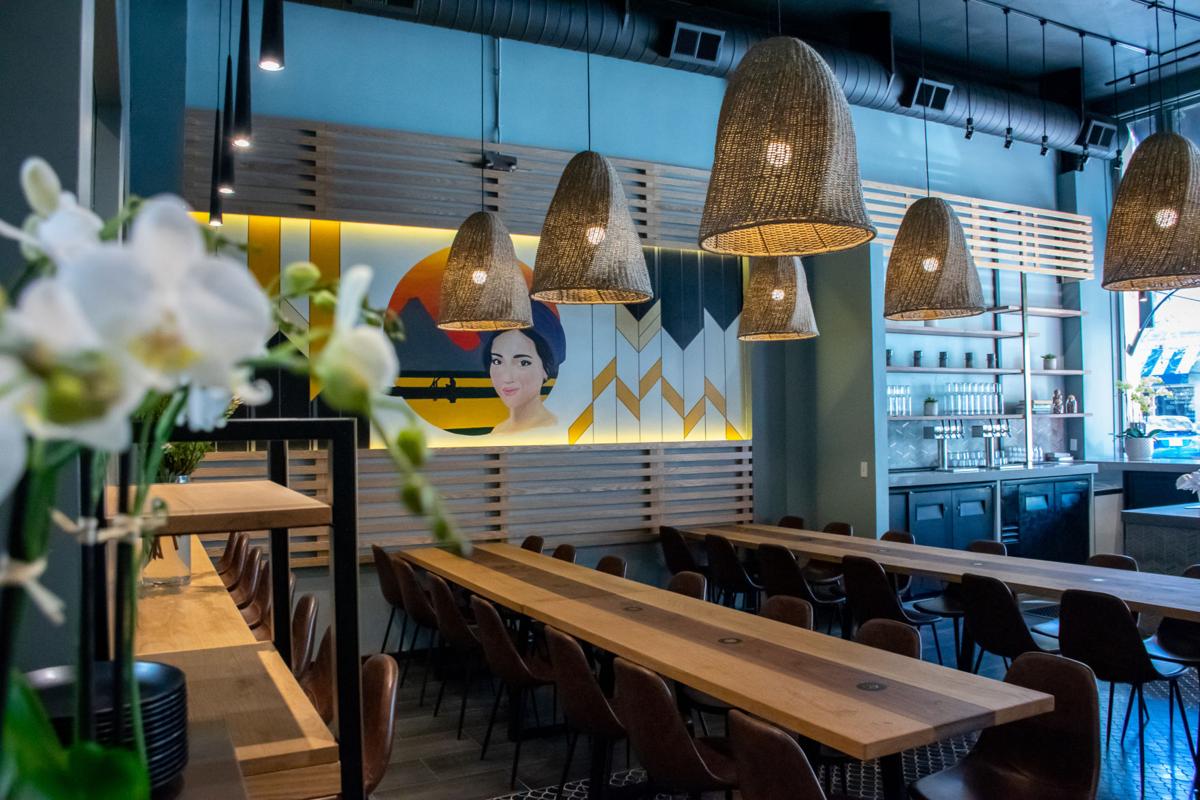 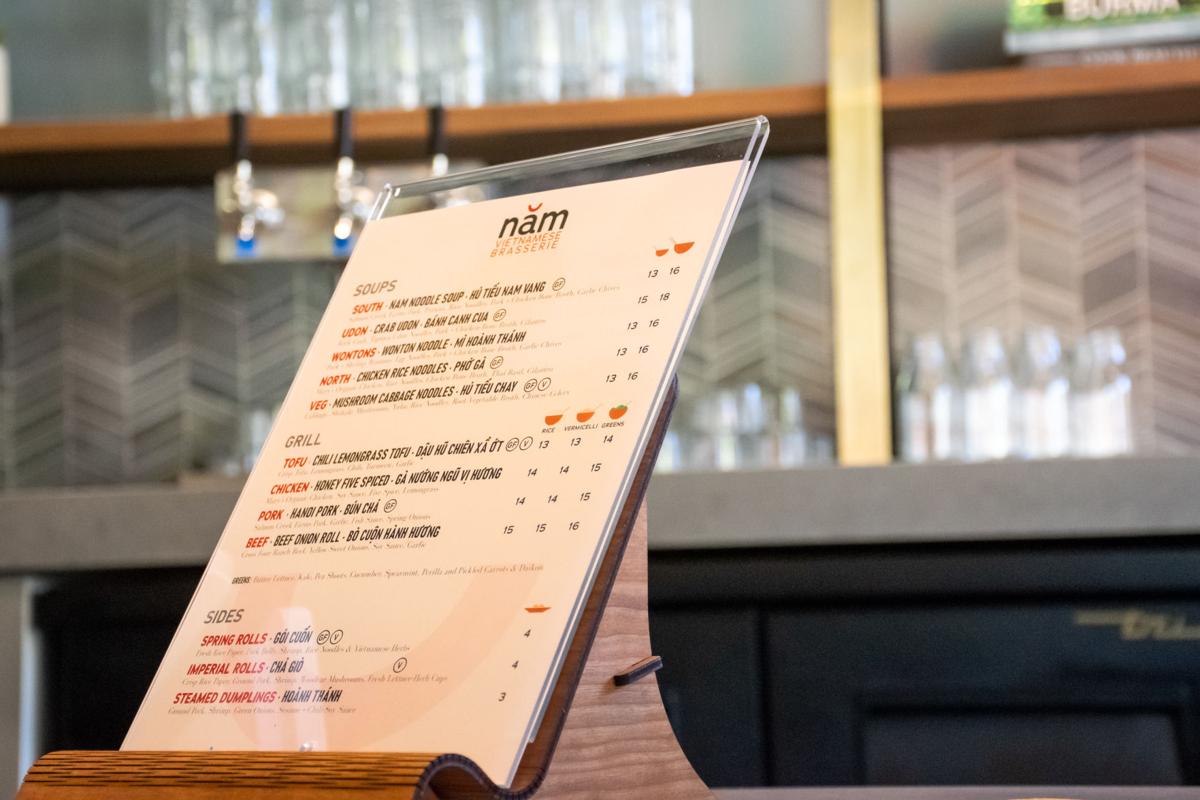 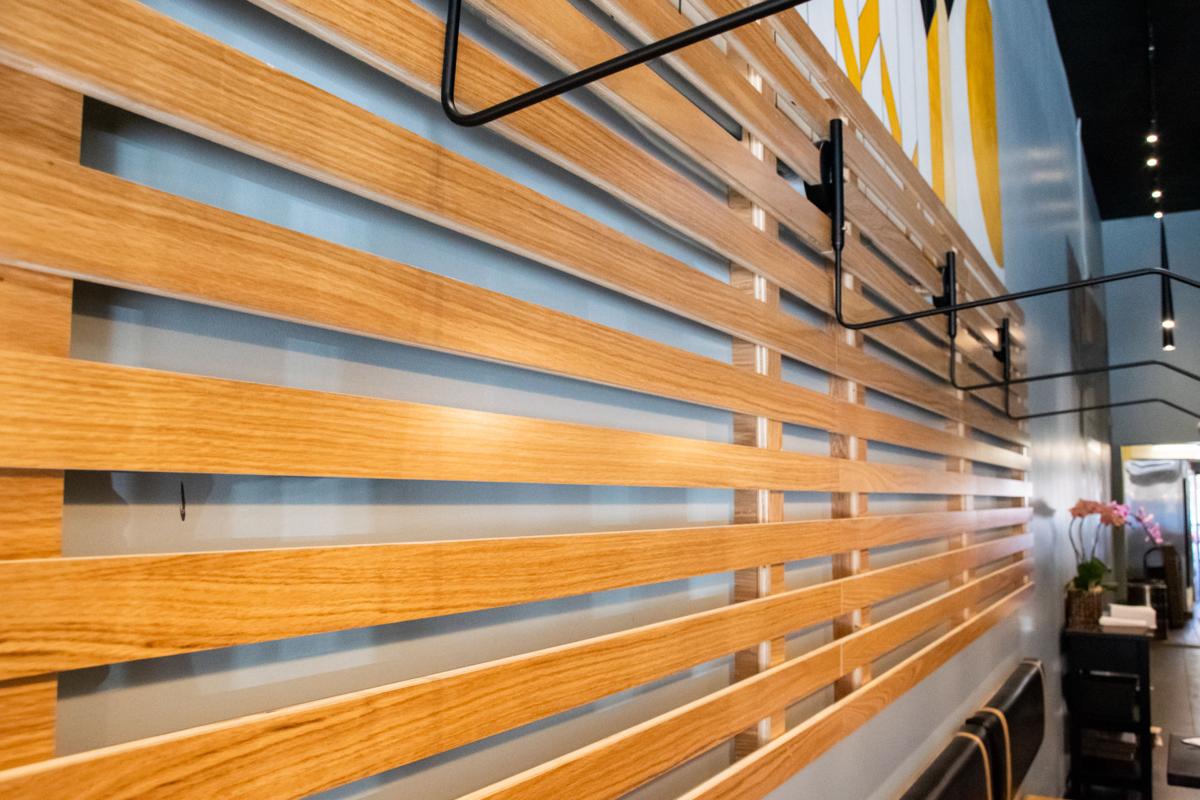 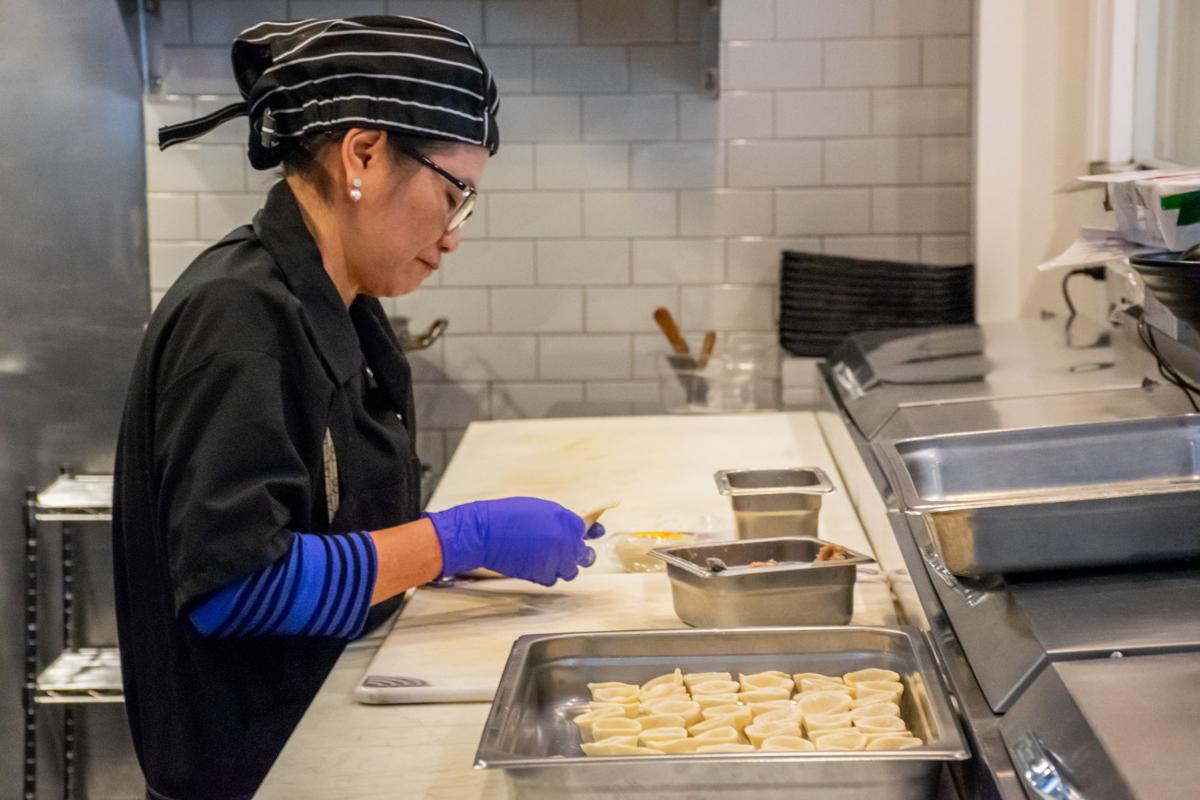 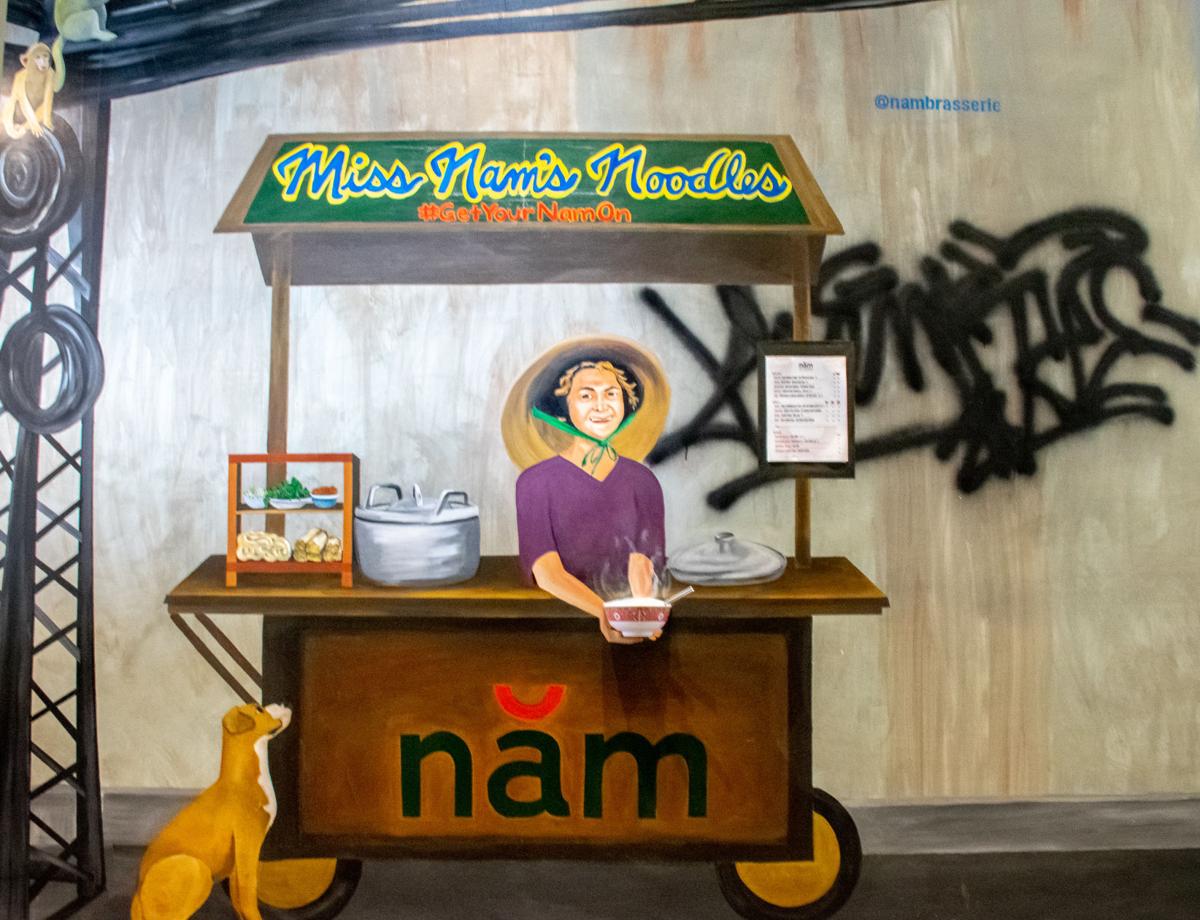 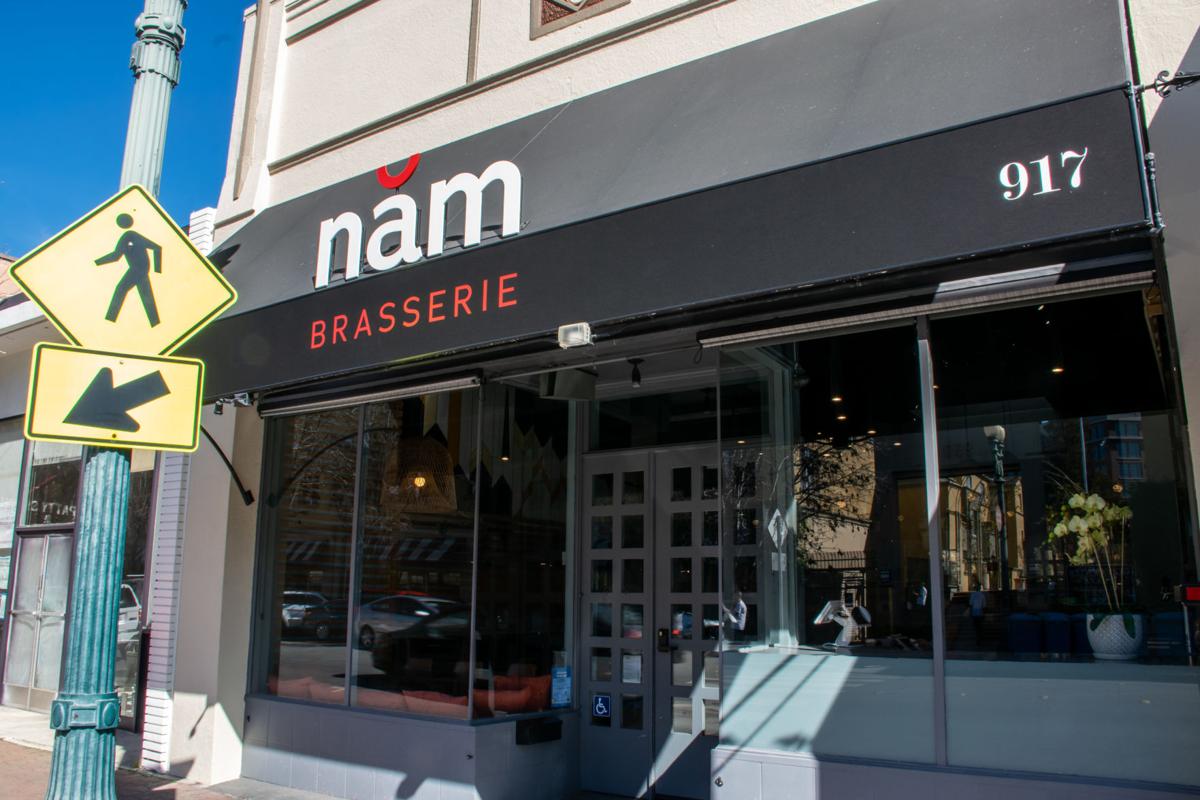 With her first two restaurants, Tamerine and Bong Su, Anne Le Ziblatt was on a mission to prove to guests that Vietnamese food, even Asian food in general was more than just cheap, albeit delicious eats. The settings of her restaurants were fancy, the clientele were largely well off and the food was delicious. She reached her goal, gaining notoriety for elevating Vietnamese cuisine to heights not commonly thought of when talking about “going out” for Vietnamese food.

But, with her latest, and first solo-run restaurant, Nam Vietnamese Brasserie, located at 917 Main St. in Redwood City, Le Ziblatt is on a very different, more personal mission. She has seen how restaurants in the Bay Area have increasingly become prohibitive, unwelcoming and more expensive to a growing number of people. The restaurateur who once may have been a part of this problem, despite her good intentions, has seen what eating out has become over the years and decided it was time for a change.

Now, the champion of fine Vietnamese cuisine in the Bay Area has set her sights on providing visitors with a very different, more inclusive experience at her new restaurant, Nam. In an almost complete 180, compared to her previous restaurants, Nam has no reservations, more affordable prices, and a welcoming atmosphere meant for guests to take their time, linger and enjoy themselves.

“I’ve found that so many restaurants run on the idea of getting people in, feeding them and getting them out. Also, many of them are exclusive and hard to get into without reservations,” said Le Ziblatt. “With Nam, we wanted to change this. Our goal is for you to have a nice, and relaxing time here where you and a date can enjoy a meal with a glass of wine for under $50.”

Le Ziblatt also decided to make Nam fine-casual, a business model growing in popularity which combines counter service and fine dining and forgoes dress codes, formality and expensive bills. However, she changed things a bit and trained her staff so that when visitors sit down, there will be no need to continue to get up to order allowing them to stay seated and enjoy each other’s company. The business model is also less expensive, allowing Le Ziblatt to pass the savings on to her customers.

Nam Vietnamese Brasserie is also more personal for Le Ziblatt. The name “Nam” means “south” and the decor is deeply rooted to her hometown, a fishing village called Vung Tao located in southern Vietnam. The lighting is covered with shades mimicking fish baskets. The floor has a fish scale pattern, the walls lined with wooden planks reminiscent of where fishermen would hang their catch. There is also a large mural of a woman from a fishing village which dominates the main seating area.

The restaurant also has an “Instagrammable” wall featuring a painting of a small noodle stall called “Miss Nam’s Noodles” where a hungry dog waits for food and monkeys play on the wires above. The stall’s owner reaches out from the painting offering you a real-life bowl complete with chopsticks for you to play with as you take your photo.

The menu is just as personal for Le Ziblatt. It features dishes from Vietnam and Cambodia, some of which inspired by her mother, Chef Nhan Huynh, owner of the acclaimed Vung Tau Restaurants in the South Bay. The dishes were inspired and/or modified to reflect the flavors of southern Vietnam from where she hails. The menu only has relatively few dishes, but that too is exactly how she wanted it for Nam.

“In Vietnam, you have these small restaurants who are excellent at making one or two dishes. You will see people from all walks of life, people wearing suits to families, and blue collar workers sitting down in these places together enjoying the dish that place is known for,” she said.

Some stars on Nam’s menu include Chicken Pho from the North, and Hu Tieu Nam Vang from the South. Honey Five-Spiced Chicken from the grill, and traditional rolls and dumplings as sides. All dishes are meant to be healthy and light.

As for drinks, Nam has beer and wine on tap. Beer fans will be happy to know that Nam offers craft brews including the rare Pliny the Elder from the Russian River Brewing Company, as well as various wines including a sauvignon blanc from Le Ziblatt and her husband’s Sonoma County vineyard. Pressed juice is also a choice for people looking for something non-alcoholic.

As for why she chose Redwood City to set up shop, Le Ziblatt says that while working in marketing, she had several opportunities to travel to the city and learn more about it. Later, when she decided to get back into the restaurant business, she knew exactly where she wanted Nam to be.

“It was the perfect location. Right downtown, near the train station, the movie theater right down the road. It’s an up and coming city, and I wanted to get in before any more people caught on.”

She also says her background growing up around food, and restaurants as the reason why she returned to being a restaurateur herself.

“I realized it couldn’t be avoided anymore,” she said. “I guess it’s just in my blood.”

Nam Vietnamese Brasserie seats about 40 people. It is open for dinner Tuesday-Saturday 5:30 p.m. to 9 p.m. with lunch hours coming soon. No reservations required. Go to nambrasserie.com for more information.